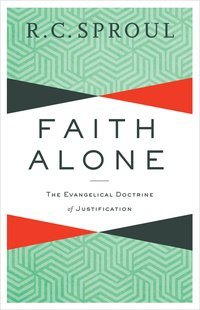 Here we are, five hundred years past Luther. You have to wonder to what degree that first protester would recognize today’s Protestantism. But you don’t have to wonder what he would think about contemporary attempts to bridge the gap he helped create. He, of all people, knew the necessity of defending the true gospel by separating from false gospels.

That doesn’t mean others haven’t tried. In 1994, Charles Colson and Richard John Neuhaus co-founded Evangelicals and Catholics Together in an attempt to bring unity between Protestants and Roman Catholics on the basis of shared affirmations. A number of leading Evangelicals either signed or endorsed the document. Still others refused, and noteworthy among them was R.C. Sproul.

In 1995, Sproul published Faith Alone: The Evangelical Doctrine of Justification. He wrote it as a direct response to ECT and meant especially to challenge the Evangelical signatories along with any other Protestants who may have been enthusiastic at the prospect of some kind of reunification with Rome. For that reason, he framed his work around ECT, and as he evaluated the document, he explained the vast and unresolved differences between the two systems of theology. More properly, he demonstrated and explained the two very different gospels they represent. For in the final evaluation, the difference between Roman Catholicism and Protestantism is not a subtle distinction between two valid options, but a vast chasm between a gospel that saves and a gospel that damns. The difference between the two can be aptly summarized by the doctrine that stood at the heart of the Reformation, the doctrine that provides the book’s title: faith alone.

To some degree, Faith Alone is bound by time and by a document whose importance has faded. ECT did not accomplish what its creators had desired and its detractors had feared, partly because of Dr. Sproul’s unwavering, biblical response. Yet the book is no less important to read today, twenty two years after its initial publication. It remains a strong evaluation and refutation of Roman Catholic doctrine. Fittingly, it has been given a new cover treatment for 2017, as has its companion volume Getting the Gospel Right, a response to The Gift of Salvation, a second ECT statement.

For as long as R.C. Sproul has been involved in public ministry, he has stood firm against theological error while battling boldly for doctrinal truth. In Faith Alone, he demonstrates the critical importance of affirming and protecting that great Reformation doctrine of justification by grace alone, through faith alone. Always respectful toward others, he proceeds carefully, biblically, and with unrelenting force. This book remains as important and relevant today as when it was first published.