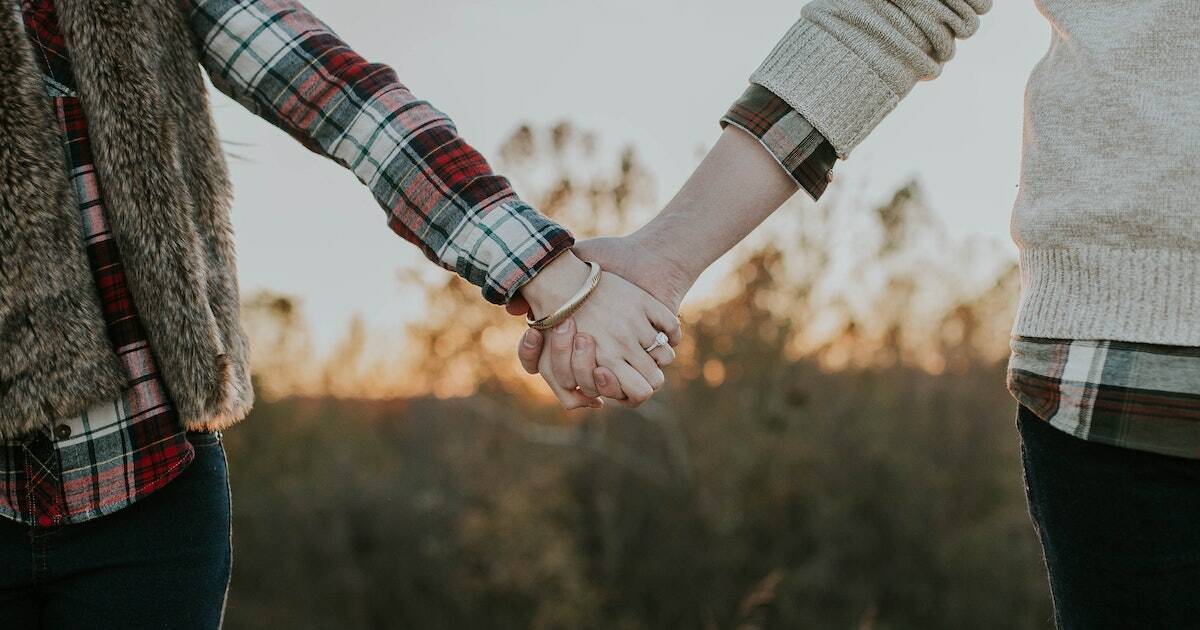 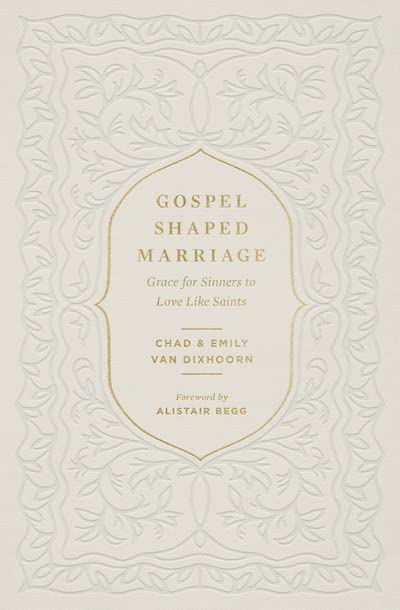 I am often asked how I read so many books. My pat answer is something like this: “The more you read, the easier it gets. When you’ve read 8 books on marriage, the 9th goes really quickly.” The point is that there is a kind of sameness to Christian publishing where books tend to focus on the same themes, exposit the same passages, quote the same authors, and in the end say roughly the same things. It’s awfully refreshing, then, when you encounter a book that is different and distinct. And that’s exactly the case with Chad and Emily Van Dixhoorn’s Gospel-Shaped Marriage: Grace for Sinners to Love Like Saints.

“This is a book for couples, but not just couples,” they say. “The institution of marriage is an integral part of the life of the Christian church. Time spent thinking about marriage will help some of us be more thoughtful about married life and all of us be more prayerful. For that reason, we appeal directly to married people throughout, but we also have in mind those who are only thinking about marriage or who want to support married people. There are no R-rated scenes. There are only helps for the married, prompts for those who want to pray, and encouragements for those who wish to defend and promote the institution of marriage, this gift from God that every church member ought to treasure, whether married or not.”

There are a few features of the book that the authors point out as distinguishing it from many others: its brevity (it’s just 160 pages), its focus on Christian spouses as being both sinners and saints (and therefore capable of great sin but also true holiness), and the way that, instead of drawing from contemporary books on marriage, it looks instead to the distant past (and especially to William Gouge’s classic Domestical Duties).

Gospel-Shaped Marriage begins with a brief explanation of what the Bible says about marriage—the basics that we can no longer take for granted in this age of confusion and deliberate deconstruction. They then set marriage in its redemptive-historical context, using Augustine of Hippo’s framework to show how marriage is different in its garden variety, in its fallen state, in its redeemed state, and in its future state. “The marriage of eternity is better than the marriage of time. In heaven, the all-fulfilling relationship will not be between man and woman, but between God in Christ and the church as his bride. It was not good for Adam to be without Eve in the garden, but it will be fine for him to be without her in the new heavens and the new earth. Marriage is eternal in its significance, not because it lasts for eternity, but because it can be used to equip us for eternity.”

The third chapter is an important one as it deals with grace in marriage and the tricky matter of mutual submission. They draw some fascinating insights from Gouge that “Ephesians 5 is not an improvement guide for spouses … On the contrary, we are told one another’s duties for the purpose of making their work a joy to them—just as Scripture puts it, in another context, for ministers and church members (Heb. 13:17).” There are very practical consequences to this: “Are husbands to love their wives (to pick one example of a duty)? Then wives are to make themselves as lovable as possible, for this is the principal way of helping a husband with his own duty to love her. Is a wife supposed to respect her husband? Then he needs to do his best to be worthy of respect in order to help her respect him.”

The subsequent chapters turn to the particular place of women in marriage, then to the particular place of men, focusing still on the New Testament’s key verses on marriage from Ephesians 5. A chapter titled “Winning in Marriage” looks at troubled marriages, “Family and Marriage” discusses leaving parents and adding children, while “Bedtime in Marriage” turns to intimacy and sexuality—topics that are covered with appropriate levels of detail and discretion. It wraps up with “Growing in Marriage,” which is about mutually growing in grace.

Gospel-Shaped Marriage is as good a book on marriage as any I’ve read and one I plan to recommend often and read alongside others. Though it could be a good option for pre-marriage reading, it would definitely be a perfect option for a mid-marriage refresher. If I was asked to offer an improvement, I might suggest that, while the word should is used frequently, it is not always clear how that word of moral obligation is linked to biblical commands. Yes, we can have confidence that “the first thing we should look for in a marriage is someone of the opposite sex,” but I’d say it is more difficult to demand that “Christian couples should ask how they can pray for each other in the morning.” While one of these is a biblical mandate, the other is merely a wise suggestion, and I always consider it helpful to distinguish between the two.

Over the past few years we have seen a sudden outburst of gospel-driven, gospel-focused, gospel-shaped, and other gospel-hyphenated books. Gospel-Shaped Marriage is among the best of them and, I suspect, among the few that will have some longevity—and that’s because marriage truly is shaped by the gospel since it exists to display the gospel. It combines sound biblical teaching with helpful real-life application and does so in a way that can help change, improve, and perhaps even transform any marriage.