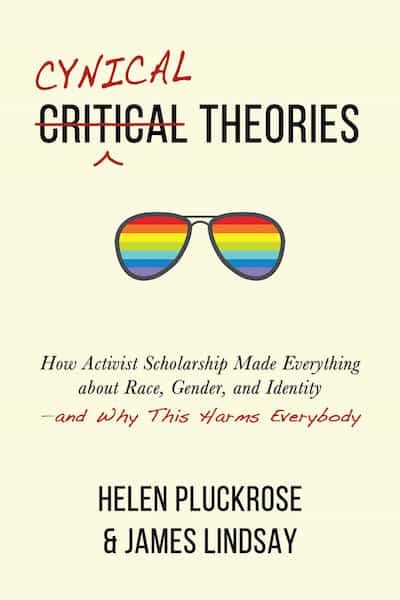 You can’t read the news, you can’t scroll through Twitter, you can’t browse a bookstore, you probably can’t even talk to a neighbor without realizing that somehow everything has become about race, gender, and identity. In a short period of time we’ve been introduced to a whole new vocabulary that conveys a whole new set of ideas. We’ve been told that language can be violent and that the sciences need to be decolonized. We’ve been told that there is no such thing as biological sex and that white people are intrinsically racist. We’ve been told that gender is fluid and that embracing obesity is healthy. Such ideas have very quickly become fixed in the popular mind as unassailable truths so that the strongest of labels must be assigned to those who dissent in any way: transphobic, bigot, hater, racist, white supremacist.

Where did these ideas come from? How did they gain such a strong foothold within our culture? And what is likely to happen to our society as we further embrace them and follow them to their logical conclusions? These are the concerns of a new book by Helen Pluckrose and James Lindsay that is titled Cynical Theories: How Activist Scholarship Made Everything about Race, Gender, and Identity―and Why This Harms Everybody. And while I could be wrong, I’d like to think it will prove to be one of the best and most important books of 2020. While I could be too optimistic, I’d like to think it will prove an important resource and rallying point for those who refuse to bow the knee to this new ideology.

I am a conservative Christian who writes reviews that are read primarily by other conservative Christians. For that reason I ought to point out that Pluckrose and Lindsay are not Christians, but rather classical liberals who hold to the key tenets of liberalism: political democracy, the development of universal human rights, freedom of expression, respect for the value of viewpoint diversity and honest debate, freedom of religion, and so on. This is the philosophy and its values that have provided a kind of shared common ground for discussion and debate within Western society for the past two centuries. While liberalism has certainly not resolved all the world’s ills, the authors are certain that it provides the tools that will eventually do so if only we remain committed to it.

Today, though, liberalism is facing a challenger in what the authors refer to as “Social Justice,” an ideology they carefully distinguish from lowercase “social justice,” which is simply a concern for justice and equality across all of society. Social Justice might best be understood as a child that arose from the union of postmodernism and Critical Theory. This movement identifies liberalism as oppression and uses increasingly authoritarian means to re-order society according to its alternative ideologies. Cynical Theories is meant to serve as an introduction and guide to the language and customs that are associated with Social Justice. “This book,” say the authors, “aims to tell the story of how postmodernism applied its cynical Theories to deconstruct what we might agree to call ‘the old religions’ of human thought—which include conventional religious faiths like Christianity and secular ideologies like Marxism, as well as cohesive modern systems such as science, philosophical liberalism, and ‘progress’—and replaced them with a new religion of its own, called ‘Social Justice.’” Nothing less than a new faith has arisen “that, rather than interpreting the world in terms of subtle spiritual forces like sin and magic, … focuses instead on subtle material forces, such as systemic bigotry, and diffuse but omnipresent systems of power and privilege.”

The Rise and Waning of Postmodernism

As the book begins, Pluckrose and Lindsay introduce postmodernism as a rejection of Modernism and modernity, and a philosophy marked by skepticism about the very possibility of obtaining objective knowledge. Arising first in the academy in the 1960s and gaining its strongest foothold in Europe, it was too pessimistic and even nihilistic to call people to any kind of bold action or activism, so it largely petered out within a couple of decades. Its two enduring contributions were its knowledge principle, that all claims to truth are actually cultural constructs that reflect the values of a particular culture and, therefore, are of no value or validity outside that culture; and its political principle that society is organized by the powerful in ways that will perpetuate their power, that those with power are able to determine what a given culture sees as objectively true and morally correct, and that this power is manifested and reinforced by discourses, or ways of speaking about things. Behind these two key principles follow four themes: the blurring of boundaries (e.g. subjectivity vs objectivity, truth vs beliefs, sex vs gender), the power of language (words are created and normalized by those with power to oppress the marginalized), cultural relativism (norms and morality are created within an individual culture and have no validity outside that culture), and the loss of the individual and the universal (the great focus is not humanity or individuals, but identity groups).

Postmodernism came close to fading away, but in the late 1980s a new set of scholars, already influenced by the Critical Theory of the well-known Frankfurt School, began to apply postmodernism’s principles to remake society according to Social Justice. These “applied postmodernists” determined they needed to critically examine all of society’s discourses to discover and then expose the power dynamics they assumed must be embedded within them. They became especially obsessed with language since “if knowledge is a construct of power, which functions through ways of talking about things, knowledge can be changed and power structures toppled by changing the way we talk about things.” This brought us the era of political correctness where language was constantly examined to determine if and how it was harmful or even dangerous (which is to say, if and how it was an expression of power by some and of marginalization toward others). By the early 2000s the line between scholarship and activism had been blurred and the big ideas began to make the jump from academia to wider society.

From the Academy to Society

Since 2010, or so, a great shift has taken place during which much of the abstract theory has come to be assumed as real and to describe the world as it actually is. In other words, concepts that were largely confined to a small subset of academia spread to different disciplines and then spilled over so they are now taken for granted all across Western society to the extent that people today “just know” they are true. “The result is that the belief that society is structured of specific but largely invisible identity-based systems of power and privilege that construct knowledge via ways of talking about things is now considered by social justice scholars and activists [and everyone else] to be an objectively true statement about the organizing principle of society. … Therefore, in Social Justice scholarship, we continually read that patriarchy, white supremacy, imperialism, cisnormativity, heteronormativity, ableism, and fatphobia are literally structuring society and infecting everything. They exist in a state of immanence—present always and everywhere.” And if they are present always and everywhere, if they are so deeply embedded within our knowledge of the world, we must always scrutinize not only our personal interactions, but also “texts, events, culture, activities, places, spaces, attitudes, mind-sets, phrasing, dress, and every other conceivable cultural artifact for hidden bigotry, then expose it and purge it and its sources from society—or at least access to the means of cultural production.” Which, of course, is exactly what we see all around us today, mostly notably in “cancel culture.”

What To Do About It

This, then, is the authors’ brief account of how postmodernism fused with Neo-Marxist thought, became an engine for activism, made the leap from the academy to the popular social consciousness, and utterly transformed our cultural conversations. And it begs the question: What do we do about it? For those of us who are concerned, who are unwilling to grant the premises, who are unwilling to engage in the activism, what alternative is there? Pluckrose and Lindsay may well be right when they state their belief that Social Justice has within it the seeds of its own destruction. But they are also surely right that before it spontaneously combusts it will harm a lot of people and cause a lot of societal damage. Thus they call for a return to the principles of classical liberalism which they say has faithfully but incompletely guided society to this point and will be able to continue to do so in the future.

While Christians will surely want to go beyond mere liberalism, we can agree with the two specific approaches the authors advocate. The first is that we must oppose the institutionalization of Social Justice’s belief system which, because it disguises itself as something other than a religion, has quietly snuck past the barriers that forbid one person from imposing his beliefs upon another. This means objecting to popular mandates that require individuals to draw up statements of diversity, equity, or inclusion or that force them to take mandatory diversity or equity training. The second is that we must do fair battle against the ideas of Social Justice. These ideas must be debated and defeated, which means we must expose them as being as authoritarian, incoherent, and self-contradictory as they really are.

And perhaps right here we see why the rise of Social Justice is bringing together some unlikely allies. It is not only Christians who are adamantly for social justice and, therefore, adamantly against Social Justice. It is not only Christians who see Social Justice as an untested, unproven, unscientific and ultimately unjust cult or faith system that means to become the Western world’s de facto state religion. Of course our analysis of the problems and our suggestions for solutions will be different in many ways, for, unlike our liberal friends, we believe that true wisdom originates from outside this world and that the starting point of all true knowledge is God and the Book he has given us. Yet I am still convinced that Cynical Theories can and will prove an invaluable resource in better understanding the world as it is right now and in helping us understand why Social Justice cannot and will not provide justice and equality for everyone. For that reason it receives my recommendation.