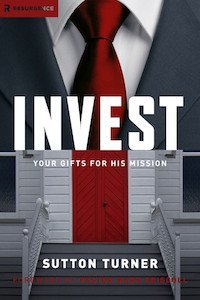 It has been a few years now since I began serving as one of the pastors at Grace Fellowship Church here in Toronto. When I was first ordained, and when I first accepted a full-time position, we had a list of functions we anticipated I would fill. Yet very quickly the church entered a time of transition where we went from church planting to a time of growth and rebuilding, and my role inevitably changed. I found myself taking on new responsibilities, many of which were executive in nature: tightening and formalizing structures and procedures, and caring for many of the “trellis” functions necessary to maintain a healthy “vine” (to borrow the helpful metaphor laid out in The Trellis & the Vine). I still preach and teach regularly, counsel, oversee the weekly prayer meeting, and run the young adults ministry, so I spend plenty of time pastoring people. But that executive work still has a substantial claim on my time.

Because of the nature of this work, I was excited when I learned about Invest: Your Gifts for His Mission by Sutton Turner, a book written about and for executive pastors. Turner serves as executive pastor at Mars Hill Church in Seattle, but prior to this he was in the business world for many years, working in Texas and the Middle East. The skills he gained there are skills he has now brought into the church.

Part Two explores the role of the executive pastor. When Turner refers to this position, he refers to the second-in-charge function within the church, the person who serves as the lead pastor’s right-hand man.

Early in the book, he shows that in the Old Testament there are three offices of human leadership: prophets, priests, and kings and these roles carry to the New Testament through Jesus Christ. He believes these divisions can also explain how pastors with different skill sets and capacities can function within a local church:

To a prophet goes the work of proclaiming the news of the kingdom, so that more people can receive it and be baptized. He is the primary leader, the main Bible preacher, and the visionary. If a church has any paid employees, it’s the prophet. To a priest goes the work of caring for the people of the kingdom, making disciples, and teaching the family of God how to enjoy new life in Jesus. The priest is a counselor, a midweek class teacher, or a small groups leader. A church typically has more than one priest, usually serving as unpaid volunteers. To a king goes the work of managing the kingdom, wisely stewarding the resources God has provided so that the church can grow until eventually the good news reaches all nations. The king administrates all or some of church business and operations. At a small church, the king is probably a volunteer, while a larger church might employ multiple staff to cover kingly functions.

While he admits that he may be pushing the prophet, priest and king terminology a little too far, he does believe it is helpful in understanding how God equips men to carry out different ministries.

It is important to note that he defines the executive role in relation to the lead position. He compares “the lead pastor and the executive pastor to the CEO and COO of a company; the captain and first mate of a ship; the owner and coach of a football team; the president and provost of a university; and the ‘dreamer’ and the ‘schemer’ in an entrepreneurial partnership.”

What does this partnership between lead pastor and executive pastor actually look like? Through the book he offers many glimpses into his relationship with Mark Driscoll and with the pastors, staff, and congregation at Mars Hill.

Part Three is given to extended interviews with several executive pastors Turner admires and is eager to learn from. A few practical appendices close out the book.

I found Invest both helpful and troubling.

I found Invest helpful in its call to successful, trained and called businessmen to consider bringing their skills from the world of business to the local church. While men can certainly honor and glorify God in the workforce, their skills can also be very helpful within the local church. We are accustomed to telling successful businessmen like this that God wants their money, but maybe he wants more than that.

I found Invest helpful in the way it deals honestly and forthrightly with the fact that the executive function within a church truly is important and that as a church grows, it becomes a critical role. Many churches grow to a certain extent and then collapse because the “trellis” structures have not been built to withstand the weight of the “vine.” This may reflect poor stewardship, and I appreciate Turner’s emphasis on the behind-the-scenes work that allows the church to thrive. While this kind of role may reflect pragmatism or the direct assimilation of unbiblical practices from the business world, it does not have to.

I found Invest helpful in the way Turner shows that the executive role is a serving role. This may be a difficult pill to swallow for men who are coming from the dog-eat-dog world of big business, but it is exactly what God calls pastors to.

I found Invest unhelpful in several ways as well.

I found Invest unhelpful in Mark Driscoll’s foreword where he anticipates the inevitable critiques of this book and immediately cuts them off. “Dear Bible Guy, please don’t be yet another nerd who proof texts verses on lovers of money, lording it over like the Gentiles with curse words like ‘pragmatism’ and ‘it’s all about the numbers’ criticisms. Stop using God’s word as a defense to keep working the upper body and ignoring the legs. Your church body needs some legs just like ours.”

I found Invest unhelpful in that it deals exclusively with the most mega- of the mega-churches, making it difficult to apply to a smaller setting. The list of people Turner interviews and quotes are second-in-commands to Andy Stanley, Ed Young, James MacDonald, Rick Warren, Perry Noble, Bill Hybels, and so on. These are men whose churches are attended by thousands or tens of thousands and whose annual budgets are in the millions or tens of millions. It is difficult to know how the executive role may function in a church just a fraction of that size.

I found Invest unhelpful in that it tacitly suggests that big churches are better than smaller churches, that numerical growth is intrinsically good, and that the primary mission of every church is to grow from big to bigger. As I mentioned earlier, Driscoll anticipates this and immediately attempts to take it out of play, but I believe he is unfair in doing this.

I found Invest unhelpful in that I am not convinced that this model can function well in a church that practices eldership as I understand it—as a plurality of men with equal authority. Yes, there may be one man who is “greater among equals” through his role as the one who preaches and who offers vision and direction, but ultimately, Turner’s model presupposes a kind of leadership that places one man at the head and that builds itself around that one big personality.

I anticipate three groups of people who may wish to read this book: businessmen who are considering taking their skills from the corporation to the church, executive pastors who wish to gain new perspective on their work, and lead pastors who are interested in learning how an executive pastor could serve them and their church. Each of these people will find much to learn, but I would caution them to think carefully before adopting all of what Turner offers. There are plenty of good elements in this book, but they are mixed with quite a lot that is troubling as well.