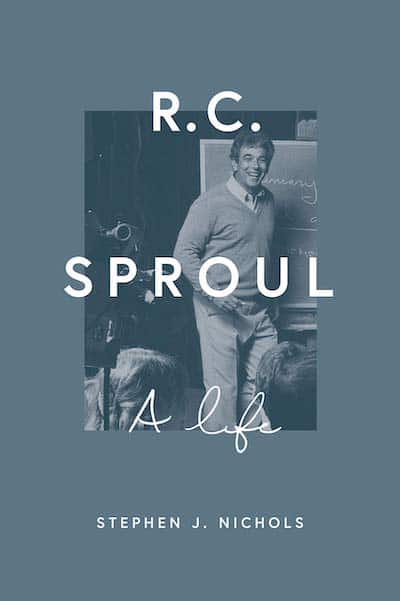 I used to say that no living theologian had impacted my faith more than R.C. Sproul. His books changed me, formed me, strengthened me. His sermons and conference talks never failed to grip my heart and thrill my soul. His teaching series fed my mind and taught me how to live out my faith. In so many ways he guided me into Christian infancy and toward Christian maturity. I was one of many believers around the world who grieved his death as a personal tragedy, a significant loss. Though he is no longer a living theologian, I often still recount how much I owe to him. I often still thank God for him.

It was inevitable that Sproul would be the subject of biographies and appropriate that Stephen Nichols should write the first. After all, Nichols served alongside Sproul for many years at both Ligonier Ministries and Reformation Bible College. He knew Sproul in many settings both personal and professional. He sat beside him in corporate board rooms and across from him in restaurant dining rooms. He chatted with him casually and interviewed him formally. Through it all he gained a deep understanding and deep appreciation of his subject. And it shows in the warm pages of this tremendous book.

R.C. Sproul: A Life falls within the best tradition of Christian biography which is for friends to be the first to commemorate the life of someone they knew and loved. Nichols tells of Sproul’s beginnings in Pittsburgh, of the positive influence of his parents and the negative influence of liberal theologians, of meeting and marrying Vesta, of coming to faith in Jesus, of finding his great passion for the word of God. He tells of the founding of the L’Abri-like Ligonier Valley Study Center, of Sproul’s growing influence across the evangelical church, and his dawning awareness that he could best deploy his talents as a teacher as much as a preacher. He focuses on the battle for biblical inerrancy, on the place of classical apologetics, of the themes of divine holiness and sovereignty, and on the great desire to protect the gospel from the confusion of ecumenism.

R.C. Sproul: A Life is one of the few biographies I’ve read that recounts the life of a person I actually met and actually spoke to (though not nearly as much as I would have liked). Even better, it’s one of the few that recounts the life of a person who made a deep and immediate impact on my own. Though eternity alone will unravel all I owe to R.C. Sproul, this biography helps me understand just a little bit better. It causes me to thank God for the life, ministry, and testimony of so faithful a servant.