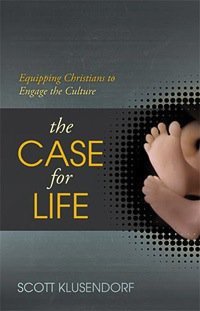 Buy from Amazon
There was a time when my mother was actively involved in the pro-life movement here in the Toronto area. I have many memories of journeying downtown with her, taking the subway and bus with mom, so we could volunteer in some way in the fight against abortion. I have fond memories of it, mostly. At times, though, I am prone to despair as it seems that in the twenty or twenty-five years between then and now, there has been little change, little progress. The United States has not seen an overturn of Roe v. Wade and Canada still has no abortion law at all (which is really little different than enacting a law protecting a woman’s right to abort her child). I am buoyed, though, when I hear stories of individuals who have been impacted by pro-life work, stories of women who have encountered pro-life advocates, who have realized the value of life and who have chosen to save the lives of their unborn children. At least for the time being, this seems to be how God would have us fight this battle–not in court rooms or parliaments or senates (or not primarily, in any case), but in encounters with individuals.

Though I have always been staunchly pro-life, it occurred to me as I picked up Scott Klusendorf’s The Case for Life that I had never read a book-length treatment of the case against abortion. For that reason I was eager to read this one. Klusendorf is a disciple of Gregg Cunningham of the Center for Bioethical Reform and of Gregory Koukl of Stand to Reason. In the book’s opening pages he expresses his admiration for both men and his debt to them. Cunningham, he says, taught him courage while Koukl taught him to be a gracious ambassador for the Christian worldview. In both cases the similarities are clear.

The thesis of this book is “that a biblically informed pro-life view explains human equality, human rights, and moral obligations better than its secular rivals and that rank-and-file pro-life Christians can make an immediate impact provided they’re equipped to engage the culture with a robust but graciously communicated case for life.” Making that case is the purpose of the book. The author does so under four broad headings:

In the first part he helps Christians understand and simplify debates over abortion and over embryonic stem cell research. The issues are often presented as being far more morally complex than they actually are and he seeks to cut through the complexity to show what is objectively right and what is objectively wrong. “Can we kill the unborn? Yes, I think we can, if. If what? If the unborn are not human beings.” Proving the humanity of the unborn simplifies and, as far as the Christian is concerned, ends the debate.

In the book’s second part Klusendorf explains why there is no such thing as moral neutrality when it comes to abortion and to embryonic stem cell research. A standard tactic of the pro-choice movement is to paint every pro-life advocate as a religious fundamentalist who brings faith, not reason, to the discussion. Klusendorf shows, though, that both sides “bring prior metaphysical commitments to the debate” and that both are asking the same foundational question: what makes humans valuable in the first place?

In the third part the author gives answers to the most common objections to the pro-life position. He focuses attention on the hard cases and the emotionally manipulative cases. “Women will die from illegal abortions.” “You shouldn’t force your views on other people.” “Rape justifies abortion.” “Men can’t get pregnant so should have no say in the debate.” “I am sovereign over my own body.” He advocates using Greg Koukl’s classic Columbo tactic, going on the offensive in a respectful, measured way by asking questions that advance the conversation. In every case he offers a useful response to questions anyone will face as he discusses this topic with others.

In the fourth and final part Klusendorf looks to pastoral implications of pro-life advocacy. He looks at the role of the pastor in the fight for life and he offers hope for men and women who feel burdened by guilt for abortions. The book concludes with a short look at what is always a controversial subject among Christians: co-belligerence. He advocates working with Catholics or Jews or Muslims or Atheists or anyone else who is pro-life but always with a view to maintaining sound doctrine. “Those truths must never be discarded so as to achieve a greater unity with non-evangelicals.” He offers a useful argument here and one that is compelling. While I would tend to agree with him, I do think he ignores the fact that co-belligerence often does lead to compromise; it is more difficult than we may think to maintain doctrinal distinctives when working hand-in-hand with those whose beliefs differ from our own. It can be done, I am sure, but it appears to be difficult to do over a long period of time. I suspect the downgrade often begins when pro-life Christians begin to pray together with those who are not believers; holding hands and praying with others can be a powerful force for unity, even if that unity (or perceived unity) advances at the expense of biblical doctrine.

There is so much content in this book, and content that is often densely packed, that it is one you will want to keep on-hand to refer to as questions or concerns or debates arise. I suspect you will want to read it through once and then make sure it is available for future reference. I’m quite sure not too many of us will glean all that it teaches in just one pass. This is not to say that it is a particularly difficult read or that it is targeted only at those with degrees in theology or philosophy. Instead, it is aimed squarely at the lay person and any Christian ought to be able to benefit from it. I believe this book can be a valuable addition to your personal library and feel it would be an excellent addition to any church or public library as well.