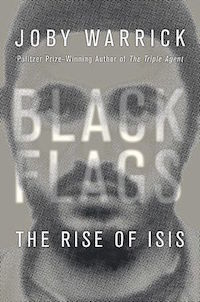 ISIS is a terrifying organization. Though it is based half a world away, its impact reaches to Europe, to North America, to everywhere. It has become the world’s problem, the world’s scourge. We see ISIS in the news on a nearly-daily basis, but where did it come from and what does it want? There are a handful of recent books that explain its origins, tell who its major players are, explain what it hopes to accomplish, and suggest how it can be defeated. I recently read two of these books and am glad that I did.

Black Flags: The Rise of ISIS by Joby Warrick is a great place to begin. Warrick, an award-winning reporter for The Washington Post, is a very skilled writer who weaves together a fascinating narrative, bringing a lot of life and interest to a subject that could be rather dull.

He tells of the rise of ISIS primarily by providing a biography of Abu Musab al-Zarqawi, the man who served as architect of the movement. Zarqawi was Jordanian and had a long history of Islamic militancy. In the 1990s, he founded an organization called Jama’at al-Tawhid wal-Jihad that was committed to overthrowing the Jordanian government. Eventually, though, it grew to have much greater and more dangerous ambitions. Zarqawi was sadistic beyond belief and sadistic beyond what Al Qaeda was willing to tolerate, and he eventually alienated himself from even that organization. He was responsible for a long string of brutal murders (the most notable of which was the American diplomat Laurence Foley), suicide bombings, and beheadings. Zarqawi was so horrifically evil it comes as a relief to read about American missiles slamming into his safe house, ending his reign of barbarism.

Sadly, though, his organization would live on. It would undergo a series of name changes before it would settle on ISIS or ISIL (Islamic State of Iraq and the Levant). Eventually Abu Bakr al-Baghdadi would become its leader, a position he holds today. And ISIS would continue to expand their territory, soon becoming an actual state carved out of others. Warrick describes all of this in its sad detail. He also tells the tale from the fascinating perspective of the American and Jordanian counterterrorism experts who hunted Zarqawi and who now attempt to bring down the rest of the organization. 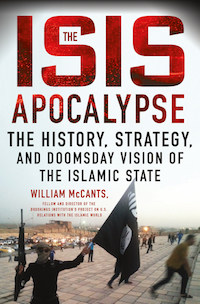 The ISIS Apocalypse: The History, Strategy, and Doomsday Vision of the Islamic State by William McCants goes into much greater detail about the history and strategy of ISIS and, even more so, into the ideology that motivates it. In what is essentially a history of the movement, McCants ensures the reader knows that the ISIS leadership firmly believes that they are fulfilling Islamic prophecy. They believe that at the end of history there will be a new caliphate, an organization led by a man said to be the successor to Muhammad himself. This caliphate claims religious, social, political, and military authority over all Muslims worldwide. It looks forward to an Armageddon-like final battle that will usher in the last days. This doomsday vision is the reason so many Muslims from Europe, Africa, and elsewhere are joining in the battle—they do not want to miss out on these climactic events. Still others join simply to be part of the rape, pillage, and mayhem.

Where Al Qaeda and other organizations attempted to win the hearts of the people, ISIS rules by fear. It bullies, shoots, maims, and tortures its way into complete control of territory and populations. It justifies the enslavement and murder of non-Muslims and Muslims alike. McCant tells why this is and how its leaders justify this behavior, even while many other Muslims recoil at it. He tells of ISIS’ rise to power (with far less emphasis on Zarqawi and far more on his successors), suggests what the future may look like, and offers several ideas about how this brutal organization can be brought down.

With ISIS in the headlines every day, I wanted to know why this organization exists and what its leaders hope to accomplish. These books taught me that and more. My recommendation is to begin with Black Flags since it is the easiest to read and is very engaging. The ISIS Apocalypse nicely supplements it with its deeper examination and more formal tone. Between the two, you will receive a crash course on one of the world’s most pressing, brutal concerns.