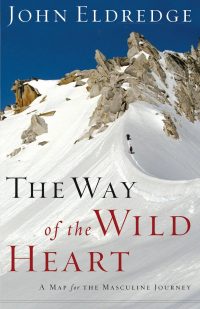 John Eldredge’s Wild at Heart is a runaway bestseller. Though it debuted in 2001, it still remains near the top of the list of Christian bestsellers and has sold over three million copies, no small feat for a title marketed primarily to Christians. Unfortunately, sales figures do not indicate which books are most faithful to Scripture (indeed, one could probably make an argument that sales figures are inversely proportional to theological faithfulness) and a large number of reviewers, myself included, have pointed out some troubling flaws with the book. In Fools Gold, edited by John MacArthur, Daniel Gillespie examined the book and nicely summarized the foremost problems with the book, suggesting it has: an insufficient view of Scripture; an inadequate picture of God; an incomplete portrait of Christ; and an inaccurate portrait of man. In short, the book was deeply flawed.

Though John Eldredge has written other books since Wild at Heart, none has been a true sequel to the bestseller. Or none has been a sequel until now with the upcoming release of The Way of the Wild Heart (due for release in October of 2006). In this book Eldredge says many of the same things he said in Wild at Heart, but offers more detailed and specific guidance. “This is a sort of sequel, a continuation of the journey, offering much more specific guidance. Those of you familiar with Wild at Heart will find many of its themes repeated here, which makes sense, for the masculine heart does not change.”

The Way of the Wild Heart is subtitled “A Map for the Masculine Journey.” Eldredge attempts to show men how they can proceed through life and how they can teach other men and boys to do the same. Masculinity is not something that simply happens, he argues, but something that is bestowed. A boy learns who he is and what he is made of from a man or from a company of men. Masculinity is not intrinsic. Unfortunately, men have abdicated this responsibility, leaving many boys and men unsure of who they are and who they are supposed to be. “What we have now is a world of uninitiated men. Partial men. Boys, mostly, walking around in men’s bodies, with men’s jobs and families, finances, and responsibilities. The passing on of masculinity was never completed, if it was begun at all. The boy was never taken through the process of masculine initiation. That’s why most of us are Unfinished Men. And therefore unable to truly live as men in whatever life throws at us. And unable to pass on to our sons and daughters what they need to become whole and holy men and women themselves.” He later says, “We need initiation. And, we need a Guide.” So what does Eldredge propose? “What I am suggesting is that we reframe the way we look at our lives as men. And the way we look at our relationships with God. I also want to help you reframe the way you relate to other man, and especially you fathers who are wondering how to raise boys.” Eldredge teaches that a man’s life is a continual process of initiation as he progresses through the stages of life. He defines these stages as follows:

The book is framed around these stages, with each of them receiving a couple of chapters. In general the first chapter for each topic describes Eldredge’s personal experiences, while the second tends towards the practical. As with Wild at Heart, the book is deeply personal, though this time Eldredge relays many experiences he has shared with his three sons. And also like Wild at Heart, there is much in this book that is both original and mighty strange. For example, Eldredge details the “vision quests” he has prepared for his sons–a year-long time of testing as they proceed from Boyhood to Cowboy. This is a time where the boys are apparently seeking the answer to the ultimate masculine Question (do I have what it takes?) and are still seeking to be the Beloved Son. And so, over the course of a year, he provides them with manly experiences and challenges them to seek after experiences with God. The year culminates with the presentation of a sword (a real, sharp sword) and a celebration of the boy.

Many reviewers commented on the mystical bent Eldredge displayed in Wild at Heart. This mysticism continues in The Way of the Wild Heart and may well be even more prominent. Coupled with some explicit affirmations of anti-intellectualism (rare is the mystic who can also embrace a logical, intellectual relationship with God) one begins to wonder he is almost losing touch with reality. Passages like the following are all too typical. “How has God been wooing you? What has stirred your heart over the years? God has been bringing hearts to me for a long, long time. It’s one of our intimacies. He gave me a rock in the shape of a heart again yesterday, as a reminder. And as I was praying early this morning, I looked out my window and the cloud before me was in the shape of a heart. God has many such gifts for you, particular to you, and now that you have this stage of the Lover to watch for, eyes to look for the Romance, you’ll begin to see them, too.”

Another common concern with Wild at Heart was the fact that Eldredge often criticized fathers for their inadequacies. He goes further along that path in this book writing such blanket statements as “Most of our fathers are gone, or checked out, or uninitiated men themselves. There are a few men, a very few, who have fathers initiating them in substantive ways. Would that we all were so lucky.” He continues to a discussion of “father wounds.” “Whether through violence, or rejection, or passivity, or abandonment, most men did not receive the love and validation they needed as boys from their fathers.” Most men, he says, carry do not feel that they have what it takes, and most men bear this wound because their fathers did not provide what was needed to answer it. This book continually criticizes and even belittles fathers with sweeping generalizations. While I will grant that Eldredge does this in an attempt to convince men to become better fathers, such statements are rash and often disrespectful.

I could go on, but I think it will suffice to say that almost every concern levelled at Wild at Heart and Eldredge’s other books could also be made at The Way of the Wild Heart. It has the same inadequate view of Scripture, the same inadequate view of sin and the same emphasis on worldly therapy. It still argues from experience over Scripture, still twists Scripture to lead down all sorts of strange rabbit trails, and still draws as much (possibly even more) from film than from Scripture. I lost track of the number of movies quoted, but reached at least thirty-five, several of which were mentioned repeatedly, and one of which (The Kingdom of Heaven) was quoted in almost every chapter.

The Way of the Wild Heart really is more of the same. Those who were troubled by Wild at Heart will be equally troubled by this book. As for the millions who loved Wild at Heart, well, I can’t help but think that the sheer weirdness of this book will drive many of them away. This book is a complete mess and it was a trial to read. At three hundred pages Eldredge says a lot, and yet it seems like he doesn’t say much of anything. It is puff; it is filler; it is a near-complete waste of time. Avoid it.