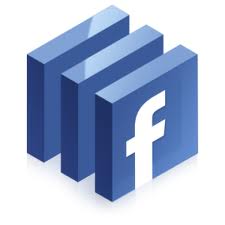 Just about everyone has joined Facebook. And just about everyone has since considered giving it up. There are all kinds of studies today telling us how much time Facebook is sucking–700 billion minutes between the lot of us every month. That’s a lot of time. But when you divide it 500 million ways it doesn’t seem quite so bad. That’s not why most of us have considered giving it up. There are studies telling us how Facebook is invading our privacy and selling our personal details to advertisers. That’s annoying, but not reason enough to quit.

The reason so many of us have considered giving up on Facebook is that it makes us miserable. A recent paper in Personality and Social Psychology Bulletin looks at a series of studies involving how people evaluate moods–their own and those of others. The study itself is not as interesting as the implications. What the study found is that people tend to underestimate how dejected other people feel and that this in turn increases a person’s own sense of unhappiness. Put otherwise, we all believe that others have better lives than we do and this makes us feel bad about ourselves. That’s strangely significant.

Where do we find this phenomenon in clearest form? On Facebook, of course. We log on to Facebook, look through the photographs and status messages our friends post, and believe that everyone is happier and more successful than we are. And when I have spoken to friends and family members who have considered giving up Facebook, this is exactly the reasoning they have given. They look at other people and feel miserable in comparison.

What an interesting phenomenon. It seems clear that Facebook is exposing something, some ugly little corner of the human heart. Facebook is all about making life seem joyful–we “like” one another’s happy status updates, not the sad ones; we post photos of our parties, not our funerals; we use it to celebrate births and marriages and new relationships, not to mourn deaths or remember break-ups. Facebook is meant to be a happy place for happy people. But it doesn’t seem to work out so well. We all think everyone else is happy, but we don’t feel the joy.

And it strikes both ways–when we portray ourselves through social media we do so on our own terms. And of course this means that we present ourselves in the way we want to be perceived, whether or not this is an accurate portrayal. So even while we put only our best foot forward, we look at others and assume that their portrayal is more accurate than our own; we believe that we are the only pretenders, the only ones stretching and exaggerating, trying to keep up. We resent another person for being happy–“She has an amazing life and I don’t!” Or we resent her for being falsely happy–“I know her and I know that her life isn’t all that!”

Either way, we all end up miserable. We all end up trying to be something we are not and believing that everyone else has a better life. Libby Copeland spoke to the author of this paper and he quoted Montesquieu saying: “If we only wanted to be happy it would be easy; but we want to be happier than other people, which is almost always difficult, since we think them happier than they are.” We do not want to be happy–we want to be happier. It becomes a competition, a point of comparison. But we can never be happier because we constantly drag ourselves down by believing that we are the only ones who are miserable.

What a ridiculous lot we are. What a sad, jealous, envious, idolatrous lot.

Facebook makes me believe, even stronger, in the value of the local church, in the value of true, deep fellowship, or genuine community. This is just one more reason that we need to live in community–in real community with real people. When I mediate my life by Facebook, I am the one who controls it all. I curate it by tagging the photos I like, by offering up the statuses I like, by making myself who I want to be rather than who I am. But when I live before others, when I live a real life in the real world, well, that is where people see who I really am. And they love me on that basis. In fact, they love me more on that basis.

The fact is, we want to love real people and we want to be loved by real people. Facebook is fiction. Local church is fact–the most real community we can experience this side of eternity.