One of these is unlike the others: love, joy, peace, patience, kindness, niceness, goodness, faithfulness, gentleness, self-control. According to Paul’s letter to the church at Galatia, all but one of these is what he refers to as the fruit of the Spirit, which is to say, visible evidence of the presence of the Holy Spirit in the life of a Christian. If you are a Christian, your life will necessarily be marked by this kind of character. But which one is foreign to the list? Niceness. 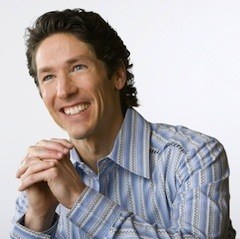 Humans seem to be naturally drawn to niceness. Niceness is comfortable. To be nice is to be pleasant in manner, to be agreeable, to adhere to social conventions. We like to be around people who are nice at least in large part because we are comforted by their pleasant words or deeds and by their adherence to whatever social custom dictates. It is an attractive quality, but it can also be a deceptive one. It is, after all, an external trait, and one that has no necessary correlation with what is going on at an internal, spiritual level. Christians can be nice, but so too can unbelievers. The Holy Spirit may help us be nice, but niceness is not necessarily proof that we are living in the Spirit and by the Spirit. Some of the most evil people are also the nicest people.

Brian McLaren may well be the nicest guy around. He recently faced a good bit of criticism for leading a commitment ceremony following his son’s same-sex wedding–a ceremony that included “traditional Christian elements.” In the aftermath, McLaren was as nice as he has ever been. On his blog he answered a former fan who now understood that he could no longer see McLaren as a mentor. This person was reeling, trying to figure out who could now help guide him in his understanding of the Christian faith. McLaren’s answer was nice; it had the appearance of humility and genuinely sorrowful affection. Yet it was radically opposed to the Bible. He rashly changed the way we interpret Scripture, denying what the Bible makes so clear. If you allow him to, Brian McLaren will “nice” you straight to hell.

And he is far from the only one. Both the history of the church and contemporary Evangelical church are replete with nice people who are in complete rebellion against God. Is there anyone nicer than Joel Osteen? Yet is there anyone whose message has less of the gospel and more anti-biblical nonsense? You can watch him in this video, sitting with Oprah, receiving accolades, nicely, smilingly leading an eager crowd farther and farther from the cross. He is nice, but he, too, will nice you straight to the gates of hell, flashing that brilliant smile all the while.

Christians are called by God to stand firm on what the Bible says is true, no matter how counter-cultural, and no matter how odious to the spirit of the age. When Christians do this we are so often portrayed as being unpleasant or disagreeable, the very opposite of nice. We need to allow ourselves to be portrayed as not nice. We cannot afford to allow niceness to be a fruit of the Spirit along with the rest. It may be impossible to be nice when we stand with firm conviction on what the Bible says about marriage, about the value of unborn children, or any other area where culture conflicts with Scripture. We need to be okay with that, as long as the fruit of the Spirit is present in its place. If we are to be nice at all, we must first be full of love, patience, kindness, gentleness, self-control, and the other character qualities that are genuinely reflective of the Spirit.

Niceness is not a bad trait. It is not wrong or sinful to be nice. But we vastly overestimate it and at the same time confuse it with those traits that matter so much more. It may be good to be nice, but it is so much better to be holy.