Welcome to Final Call, a brief, hand-picked selection of news, articles, videos, and curiosities from the Internet and beyond.

Only a Holy God 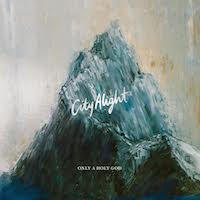 I’ve been listening to CityAlight for a couple of years now and have especially appreciated their song Jerusalem, which we’ve added to our repertoire at Grace Fellowship Church. I was thrilled to learn of their new album Only a Holy God and even more thrilled to discover how good it is. CityAlight is associated with St Paul’s Church in Castle Hill, Australia, and sings modern worship and original hymns that are suited to congregational worship. If you’re interested in checking out the new album, perhaps begin with Christ Is Mine Forevermore (the song, lyrics, and chord charts are at the link), then try Saved My Soul, then All My Ways Are Known To You. It’s all free at their site. I think you’ll enjoy it!

Daily Overview is a fascinating Instagram account that showcases our planet from above. It’s worth following! There is also now a book by the same title. 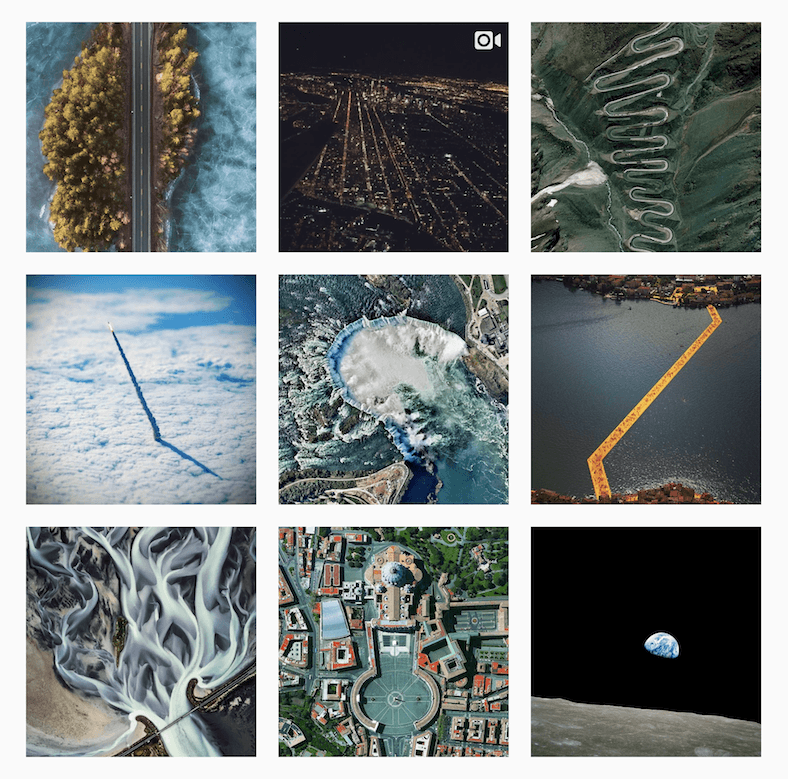 Nautilus recently revived interest in a news story you probably remember. “In August 21, 2015, Anthony Sadler, 23, a California college student, was riding a train from Amsterdam to Paris with his friends, Aleksander Skarlatos and Spencer Stone. Skarlatos was an Oregon National Guardsman on who had just wrapped up a tour in Afghanistan, and Stone, an American Airman 1st Class in the U.S. Air Force. All three were killing time in their seats—listening to music, dozing—when they were jarred alert by gunshots and shattering glass. They saw Ayoub El-Khazzani at the entrance of the train car, gripping an AK-47, pointed at the ceiling.”

Skarlatos looked at his friends, said “Go,” and that was that. They ran to the man, disarmed him, hogtied him, and immediately became international heroes. Nautilus returned to the story in an attempt to explain the actions of these men through an evolutionary framework. And in doing so they show that evolution still has no compelling means of explaining altruism and heroism. “Beginning with Charles Darwin’s confusion over sterile worker bees that devoted their lives to protecting the queen and caring for the nest, evolutionary biologists including Richard Dawkins have claimed that kin selection, an evolutionary strategy, can explain altruistic behavior. According to this theory, individuals act altruistically only toward their own relatives because kin share genetic codes. Protecting a relative, even at the expense of one’s own life, will help ensure the survival of one’s own DNA.”

But that won’t do, because these young men risked their lives for complete strangers. “On the other side of the debate, evolutionary scientists like Peter Kropotkin and psychologists like David Rand have said that altruism has a less selfish tone. Organisms learn over time to act altruistically because they realize it promotes greater utility overall.” Nautilus prefers an explanation put forth by Stephanie Preston: “Instinctual altruism or heroism likely came about because at first it benefitted organisms’ offspring, she says. But over time cooperative acts helped rewire organisms’ neural systems to act on behalf of those unrelated to them.”

The article is worth reading, even if only to witness the utter confusion of a worldview that denies the existence of God. A far more compelling explanation for altruism and heroism is to believe what the Bible says: that we are made in the image of God and, in that way, are hard-wired in certain ways. It should not surprise us that we would act in imitation of the God who acted altruistically and heroically on our behalf.

Verses upon the Burning of our House

Have you ever read Anne Bradstreet’s poem “Verses upon the Burning of our House?” It’s a powerful declaration of faith in the face of trial. Read it (aloud!) and be encouraged.

In silent night when rest I took,
For sorrow near I did not look,
I waken’d was with thund’ring noise
And piteous shrieks of dreadful voice.
That fearful sound of “fire” and “fire,”
Let no man know is my Desire.
I starting up, the light did spy,
And to my God my heart did cry
To straighten me in my Distress
And not to leave me succourless.
Then coming out, behold a space
The flame consume my dwelling place.
And when I could no longer look,
I blest his grace that gave and took,
That laid my goods now in the dust.
Yea, so it was, and so ‘twas just.
It was his own; it was not mine.
Far be it that I should repine,
He might of all justly bereft
But yet sufficient for us left.
When by the Ruins oft I past
My sorrowing eyes aside did cast
And here and there the places spy
Where oft I sate and long did lie.
Here stood that Trunk, and there that chest,
There lay that store I counted best,
My pleasant things in ashes lie
And them behold no more shall I.
Under the roof no guest shall sit,
Nor at thy Table eat a bit.
No pleasant talk shall ‘ere be told
Nor things recounted done of old.
No Candle ‘ere shall shine in Thee,
Nor bridegroom’s voice ere heard shall bee.
In silence ever shalt thou lie.
Adieu, Adieu, All’s Vanity.
Then straight I ‘gin my heart to chide:
And did thy wealth on earth abide,
Didst fix thy hope on mouldring dust,
The arm of flesh didst make thy trust?
Raise up thy thoughts above the sky
That dunghill mists away may fly.
Thou hast a house on high erect
Fram’d by that mighty Architect,
With glory richly furnished
Stands permanent, though this be fled.
It’s purchased and paid for too
By him who hath enough to do.
A price so vast as is unknown,
Yet by his gift is made thine own.
There’s wealth enough; I need no more.
Farewell, my pelf; farewell, my store.
The world no longer let me love;
My hope and Treasure lies above.

Why are Dalmatians the Traditional Dog of Choice at Firestations? (Video) (Today I Found Out). Haven’t you wondered why it’s always a Dalmatian and not, say, a Pug or a Beagle? This short video explains the history behind it.

Paul Washer’s Speechless Sermon (Video). A little while ago the satire site The Babylon Bee wrote an article titled In Lieu Of Sermon, Paul Washer Glares At Congregation For 43 Straight Minutes. Someone took the time to put together a video that imagined it. The result is nothing short of hilarious.