I love writing book reviews and I love reading them. Since I cannot possibly read and review all of the interesting books out there, I publish occasional round-ups of reviews written by other writers. Or even if I am able to review the book, it’s always good to get a second opinion. So here are a few notable links I’ve collected recently: 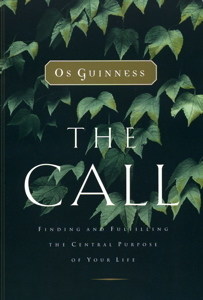 The Call by Os Guinness. Here is an oldie but a goodie reviews reviewed by Drew Bratcher: “In a wide-ranging 2010 interview with 9Marks, Guinness, an Oxford-trained sociologist who started the D.C.-based leadership-training outfit the Trinity Forum, was asked about his work as a public intellectual. ‘I try to make serious scholarship intelligible and practical to ordinary people,’ he said. Indeed part of the pleasure of reading The Call comes from witnessing Guinness do that very thing. He is an adept synthesizer of history, of arts and culture, of the proclivities of the human heart. The book is philosophically sprawling, yet anecdotally flush. Guinness nimbly surveys the historical distortions of the theology of work—on the one end the Protestant tendency to elevate the secular over the spiritual, on the other the Catholic penchant to do the reverse—all the while finding exemplars of his ideas everywhere.” (Learn more and shop at Amazon or Westminster Books.)

Starr Meade offers a joint review of two very different yet connected books, The Intolerance of Tolerance by D.A. Carson and A Queer Thing Happened to America by Michael L. Brown: “What shocked me in both books were the examples, case after case, every one well-documented, wherein ‘tolerance’ demands acceptance, and even promotion, of actual beliefs. Simply making allowance for people to hold those beliefs no longer qualifies as tolerance. Here my naiveté became apparent; I always thought ‘diversity’ had to do with disabilities, different ethnicities, etc. Evidently, it has come to mean actively promoting the LBGT—lesbian/bisexual/gay/transgender—lifestyle: to be diverse, a company must fly the rainbow on gay pride day and sponsor drag queen events. Brown lists many businesses, banks, and corporations in America—and I guarantee that you do business with at least one, probably several of these, every day—who actively and purposefully pursue ‘diversity” in these ways. Carson, too, cites numerous examples of the new tolerance. One such instance was that of an adjunct university professor who engaged students on campus at a table representing Students for Justice in Palestine. The professor disagreed with the students’ claims that the Israelis treat Palestinians just like Hitler treated Jews. The discussion grew heated (but not violent), and the professor was suspended in spite of his excellent teaching record. His offense: he had argued with students’ opinions, and the students—and evidently the university—took that to mean he had insulted and demeaned the students themselves.” (Learn more about The Intolerance of Tolerance at Amazon or Westminster Books. Learn more about A Queer Thing Happened to America at Amazon.) 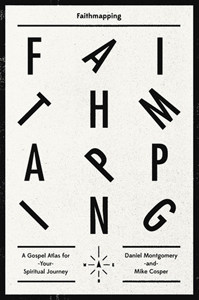 Faith Mapping by Daniel Montgomery and Mike Cosper. Reviewed by Mike Leake. “With all of the focus these days on gospel-centered books I believe this book is a welcome addition. I appreciate that Cosper and Montgomery tie together friends that are often treated as enemies; namely the gospel as kingdom and the gospel of the cross. I also believe every disciple would greatly benefit from a thorough exploration of the second section of this book. The Map It section at the end of each chapter would make this book pretty easily adaptable for a small group gathering.” (Learn more and shop at Amazon or Westminster Books.)

Anne Steele and her Spiritual Vision by Priscilla Wong. Reviewed by Mark Nenadov. “At its core, the book is an exposition of a handful of key themes in Steele’s hymns: The Glory of God In Creation, Faith in the Face Of Suffering, and Hope in the Promised Glory. Mrs. Wong starts off each theme by using John Gill’s thoughts to lay the groundwork. Then she methodically analyzes small portions of the hymns, showing the meaning, literary devices used, and, above all, highlighting the faith and piety they expose. The result is really quite exquisite. I must point out that I found her comparison of Steele and Isaac Watts in the conclusion to be especially helpful and worth noting.” (Learn more and shop at Amazon.) 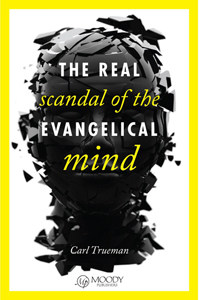 The Real Scandal of the Evangelical Mind by Carl Trueman. Reviewed by David Steele. “The author identifies a trend in the evangelical world that is growing increasingly more tolerant with subjects such as universalism or homosexuality. Some might agree that this broadens the appeal but this brazen compromise does not come without a steep price. Truly, this is weak-kneed, spineless, and tepid. And it bears no resemblance to the robust faith of the Puritans and Protestant Reformers. This is not a ‘faith’ to die for. This is a ‘faith’ that is marginalized and ineffective.Trueman argues that the net result of this theological compromise will come under ‘huge strain’ in the days ahead. The author posits, ‘The impact of this wider cultural shift on evangelical institutions and organizations will be dramatic.’ Simply put, Christ-followers who stand for the truth will not be tolerated. Christ-followers who think Christianly (to borrow Schaeffer’s language) will be marginalized. Christ-followers who refuse to compromise the truth will pay a heavy price in the marketplace of ideas.” (Learn more and shop at Amazon or Westminster Books.)

Jesus Calling by Sarah Young. Reviewed by Michael Horton. “Compared with the Psalms, for example, Jesus Calling is remarkably shallow. I do not say that with a snarky tone, but with all seriousness. The Psalms first place before us the mighty acts of God and then call us to respond in confession, trust, and thankfulness. But in Jesus Calling I’m repeatedly exhorted to look to Christ, rest in Christ, trust in Christ, to be thankful and long for a deeper sense of his presence, with little that might provoke any of this. Which means that I’m directed not actually to Christ but to my own inner struggle to be more trustful, restful, and thankful.” (Learn more and shop at Amazon.)