Yesterday I shared the first part of a two-part interview with John MacArthur. Yesterday’s questions revolved around Dr. MacArthur’s new book Slave, the best Bible translations, avoiding scandal, the challenges he has faced in ministry, and the advice he would give himself if he could go back to the early days of his ministry.

You are obviously a busy man. What advice would you give to pastors on loving their wives and children amidst the many demands of the pastoral ministry? 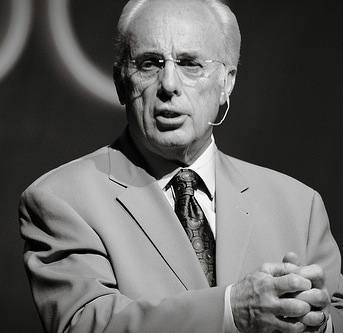 It is critically important that the pastor give priority to his family. As Paul told Timothy regarding the qualification of an elder, “He must be one who manages his own household well, keeping his children under control with all dignity (but if a man does not know how to manage his own household, how will he take care of the church of God?” So, this is a priority that comes to us directly from the Scriptures.

The most important things a Christian father can do for his children are to love their mother in a Christ-like way (Ephesians 5) and to train them up in the nurture and admonition of the Lord (Ephesians 6). And the most important thing he can do for his wife is to pursue Christ, and then to love and lead her out of the overflow of his devotion for the Savior. Thus, the fundamental key for being both a good husband and father is to be a godly man—one who fervently loves the Lord and is shepherding his own heart and mind with the Word of God. And that is intensely practical. To be an effective parent and a model husband, you must be faithful in your walk with Christ. Everything else in life flows out of that. Then your leadership in the home will be marked by an attitude of humble sacrifice and selfless service. As the Spirit uses His Word to sanctify your heart, you will be able to shepherd and care for your family.

There are other important things that fathers must do, of course—such as praying for their children, correcting them with patience and gentleness, instilling within them a love for the church, spending time with them, encouraging them, befriending them, and helping them make wise friendships of their own. But the heart of Christian parenting is being a faithful Christian.

That kind of genuine Christianity, daily lived out before those who know him best, brings great credibility to the pastor’s preaching and leadership in the church.

How can we best critique people who are “in our camp” and yet believe things different from us? Or behave in ways we do not appreciate? How can we know where to draw those lines?

Part of the responsibility of an elder is not only to teach and preach the truth, but also to warn the flock about error. We see this modeled by Christ and the apostles in the New Testament. When the gospel is at stake, and even when a core aspect of pastoral ministry or church life is at stake, it is important for us to warn people about falsehood and potential dangers.

When we disagree with people “in our camp” (which I understand to mean those who affirm a biblical gospel but differ with us on secondary issues), we have to respond on a case-by-case basis. And my response depends on the level of danger I believe that particular issue poses to those under my spiritual care. If an issue arises that could potentially threaten the congregation of Grace Church or the student body at The Master’s College & Seminary, I might say something to the congregation. If the issue is significant and far-reaching, I might write an article, a series of blog-posts, or even a book about it.

I don’t aspire to be a full-time all-round critic. The few well-known times when I have criticized people whom you might say are “in our camp,” my concerns have been motivated by a deep concern for those under my spiritual care. I feel a heavy weight of responsibility for them, knowing that one day I will give an account to the Lord for my stewardship of them; and I’m willing to be unpopular within the larger evangelical community if that’s what it costs to say what Scripture compels me to say.

One final thought to add is this: I believe that it is appropriate to respond publicly to that which has been taught publicly. If someone has published something in a book or on a blog or preached it in a sermon (which has then been made available online), it is now subject to public critique. I certainly believe this is true with regard to my own teachings. Anything I have preached or published (and therefore made public) is consequently subject to public criticism. And I don’t consider my critics to necessarily be unloving just because they disagree with me. In fact, I welcome their feedback, because it is part of the sharpening process.

What are the two or three most urgent theological crises that you see in the North American Church at present?

Two of my primary concerns are addressed in the next two questions. So I’ll save my responses to them for later. A third major issue that I see is the Arminian methodology that seems to characterize many in the Young Restless Reformed crowd in contradiction to their Reformed credo.

It is sadly ironic to me that those who claim to hold to a Reformed soteriology would simultaneously embrace ecclesiological and evangelistic methods that depend so heavily on current fashion, clever techniques, and human ingenuity. When pastors work so hard to be “cool” or “hip” or “trendy,” thinking that the way they talk or dress will make the gospel message more appealing to the lost, they betray an intrinsically Arminian perspective. Words like “relevance,” “innovation,” and “contextualization” have become buzzwords, even in Reformed circles, for reaching the “unchurched.” But these words expose a man-centered perspective that, I believe, is completely unbiblical.

How much better it would be to adopt the perspective of Jonathan Edwards during the Great Awakening. Edwards was surprised by the response to his preaching. He did not manipulate revival (like Finney did a century later). Rather, he focused on preaching the truth and trusted the Holy Spirit to do the work. If we are going to be Reformed in our soteriology, we should at least be consistent with how that works itself out in our practical ecclesiology—and particularly in our evangelistic srategy.

Since you wrote Charismatic Chaos we have seen the unexpected confluence of Reformed theology with charismatic beliefs (such as in the Sovereign Grace family of churches). If you were to write the book today, how would you affirm both love and critique for today’s Reformed Charismatics?

I would affirm my love and appreciation for C. J. Mahaney, Wayne Grudem, John Piper, and other conservatives in the continuationist camp. I consider these men to be friends and allies for the sake of the gospel. Charismatic Chaos was primarily written against the excesses of the broader Pentecostal and Charismatic movements. And those excesses are not what these men are best known for.

But, I would still challenge these men to reconsider their position on the charismatic gifts. I am convinced that the charismatic movement opened the door to more theological error than perhaps any other factor in the twentieth century (including liberalism, psychology, and ecumenism). That’s a bold statement, I know. But once you allow experientialism to gain a foothold, the results are disastrous.

Moreover, I am thoroughly convinced that the biblical description of the charismatic gifts is incompatible with the charismatic gifts practiced in Pentecostal and Charismatic churches today. For example, Acts 2 is explicit in describing the gift of tongues as the ability to speak previously unlearned foreign languages. The rest of the New Testament affirms this same understanding (as does the testimony of the church fathers). But that is the very opposite of the nonsensical gibberish that characterizes modern glossolalia.

So I would challenge them to explain why they hold on to a modern practice that, in reality, has no biblical precedent—especially when that modern practice is the gateway to all sorts of theological error.

One pressing issue in the church today is that of creation and evolution. Do you believe that a person can be genuinely saved and believe in some kind of theistic evolution? How serious a theological error is it to reject a literal 6-day creation?

It’s a very serious error in my estimation, because it attacks the authority of Scripture at the Bible’s very starting point. It employs a special hermeneutic in order to make the Bible mean quite the opposite of what it plainly states. And once you open that door, absolutely nothing is safe from the assaults of rationalism, skepticism, and rank unbelief.

I watch the propaganda being published by organizations like Biologos, and it’s hard to resist the conclusion that many of the people who are involved in that project don’t seem to be believers at all, given the large portions of Scripture they regularly have to explain away in order to justify their convoluted worldview.

As a matter of fact, the history of modernist rationalism is littered with vivid examples of why it is unsafe and spiritually destructive to subject Scripture to naturalistic presuppositions. I wrote on this topic in detail at the very beginning of my book The Battle for the Beginning.

But in answer to your specific question: I do think it is possible for a genuine believer to be confused or befuddled by scientific arguments regarding evolution and the age of the earth. (It is certainly possible for believers to be inconsistent in their beliefs—to hold all kinds of errors in varying degrees. That’s called cognitive dissonance.)

Well-meaning evangelicals have experimented with several ways to reconcile old-earth theories with Scripture. One of the more popular ideas (until Henry Morris exploded it) was that there’s a gap in the white space between Genesis 1:1 and verse 2, and (so the theory goes) that silent gap might accommodate countless ages of change and chaos in the universe. Spurgeon held to a version of the gap theory, and the original Scofield Bible embraced both the gap theory and old-earth cosmology with blithe enthusiasm. Of course we would not consign everyone who ever held such an opinion to the ranks of unbelief.

Nevertheless, as evolutionary theory has developed and devolved into untouchable dogma—a favorite weapon for the current generation of angry atheists—I don’t see how any sober-minded, well-grounded, fully-committed Christian who truly believes what the Bible teaches can long maintain faith in the various and ever-changing theories evolutionary scientists keep proposing. Biblical cosmology, the Genesis account of how the human race was created and subsequently fell, and the important parallels between Adam and Christ in the story of redemption—these are essential beliefs of Christianity; they have never changed; and they are diametrically opposed to every purely naturalistic theory about life’s origins.

Anyone who takes seriously the authority of Scripture must ultimately set the opinions of men aside and simply trust what Scripture says. The earlier we do that, the better. Frankly, I have never understood why someone who believes in the literal bodily resurrection of Christ would balk at believing all of Scripture, starting with Genesis 1:1.

Many thanks to Dr. MacArthur for his willingness to do this interview.

More in Help Me Interview: