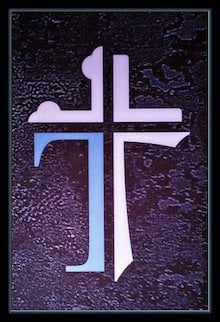 Next April will bring the 2012 Together for the Gospel Conference–the 4th of these bi-annual conferences. What began in 2006 as a meeting between friends has expanded into a very large event with thousands attending. With a new, bigger venue, next year’s event promises to be bigger than ever.

With the early bird registration period ending in just a few days (October 31), I was asked to mention T4G on this blog. I took the opportunity to speak to Matt Schmucker, who helps direct the event, to ask him a few questions that I’ve been thinking about as I consider attending.

2012 will mark the 4th T4G Conference. Before I ask how it has changed over 4 iterations, let me ask this: What is T4G at this point in time?

In the simplest terms T4G is an every-other-year event that brings friends together to encourage pastors in their task of shepherding. In a grander sense we hope God uses it to help define and defend gospel truths for our generation. In the midst of confusing mounds of digital opinions, it offers, Lord permitting, a little bit of clarity.

Dr. MacAruthur and Dr. Sproul sadly were unable to attend for personal reasons. We will miss their contribution. The generation of rising preachers may have little idea how indebted they are to these men for their decades of standing for the truth. We are excited about having Kevin, Matt, and David as plenary speakers in 2012. They all spoke at T4G 2010 either in breakout sessions (David and Kevin) or a main session (Matt). These men have been building solid relationships for years with Al, Lig, Mark and CJ. A unique feature of T4G is the friendship between all the men. There is no lack of familiarity. The relationships are, I believe, what makes T4G stand. Besides, Mark Dever would have it no other way!

Who should come to T4G and why should he come?

All are welcome. Men. Women. Children. I haven’t met a category of people who didn’t greatly benefit from all that takes place at T4G. However, it is a conference that is aimed at pastors and church leaders. The talks are theological and intelligent. We are not aiming for the masses with a lowest common denominator approach. We want to challenge, equip, and encourage the pastor/elder in his work.

A lot of guys who would consider coming represent small churches. Why should a pastor of a small church who has funds to come to only a conference every year or two come to this one?

I would simply say to ask someone who came to a past T4G. They will likely tell you about the moving singing had with thousands, the $250 of free books, the 30,000 square foot bookstore of carefully chosen books, the fellowship and new contacts, and most importantly the talks. Personally speaking, I have found the breakout session, the panel discussions, and talks are some of the best I’ve heard.

What is the future of T4G? How do you see it developing in the years to come?

We get this question a lot. The brothers have always taken this one conference at a time. No contracts/reservations have been signed for 2014 and won’t be until after 2012’s event. Mark, Lig, Al, and CJ hold this with a loose hand and aim to continue only as long as they see a positive contribution.

Based on recent events, do you anticipate that C.J. Mahaney will be present and a full-fledged participant?

Tim, I have had the privilege to observe CJ publicly and privately through this very public trial. I can report that CJ is taking the reconciliation process very seriously, fully cooperating and humbly submitting to everything asked of him. More importantly, I have been surprised by the grace that is so evident in his life even as he’s digitally fried through anonymous posts. I can assure you that I would not be nearly as gracious.

Yes, I expect CJ to be present and a full-fledged participant at T4G 2012. He is exactly the kind of man we want to stand with—together for the gospel.

If you would like to know more about Together for the Gospel or if you’d like to register, here are some links for you:

At Vimeo you can find a whole series of videos in which the speakers discuss what T4G is, why they are excited about it, and so on. The Twitter feed will keep you up-to-date. The web site will tell you about rates, hotels, and so on.