While most of what finds its way into my mailbox is books, I also receive a surprising amount of music. This works out well since I happen to love listening to music while going about my daily work. Here are a few new and noteworthy albums you may want to take a look at.

The Water & The Blood by Dustin Kensrue – I wasn’t ever a fan of Thrice (a band whose style was, apparently, post-hardcore/experimental rock, whatever that means) so did not know what to expect from the new solo effort from Thrice’s frontman Dustin Kensrue. However, I was very pleasantly surprised by what I think is a fantastic, genre-bending album. It has been very well reviewed in both Christian and mainstream publications and for good reason. Be sure to listen to “Grace Alone” (which we often sing at church now) and “It Is Finished.” I’ve had this album on repeat for a couple of weeks now and haven’t grown weary of it yet! (Amazon or iTunes) 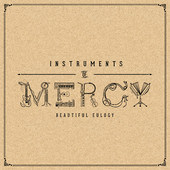 Instruments of Mercy by Beautiful Eulogy. I have found my enthusiasm for Christian rap waning a little bit over the past few months. However, the new album by Beautiful Eulogy deserves mention. This 5-star review captures the way people are raving about it: “It is hard not to marvel at the sheer talent of these three individuals, whether it is in the crisp vocals, wonderful production, or the dense and theologically provoking lyrics. It is also hard not to marvel on the fact that Beautiful Eulogy managed to improve on a project as good as Satellite Kite.” Even if you aren’t a fan of rap, you may still find yourself enjoying it. (Amazon or iTunes) 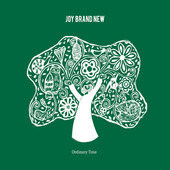 Joy Brand New by Ordinary Time. I first discovered Ordinary Time a few years ago and immediately enjoyed the way they set hymns to simple, melodic, folk music. That musical tradition continues in Joy Brand New. The album combines traditional hymns with new songs, all of which are meant to communicate the joy of the gospel. They explain, “This album includes songs of lament (Help, O Lord) and stories of God’s judgment (The Feast), broken cries for God to breath life into a weary earth (Breathe Down) and songs that address the painful reality of death (When I’m Gone).” (Amazon or iTunes)

The Good King by Ghost Ship. This is another album from a Mars Hill Music band and it’s another good one. The album has a catchy but still serious folk feel to it and follows a kind of story or narrative format. “Mediator” is a great opening track, “The Gospel” is a really catchy tune that simply explains and celebrates the good news and the album closes with a hoedown. The music is eclectic, the lyrics are worshipful, and they combine to make an album that is a lot of fun to listen to. (Amazon or iTunes)

And how about you? What albums have you discovered recently that merits a listen?