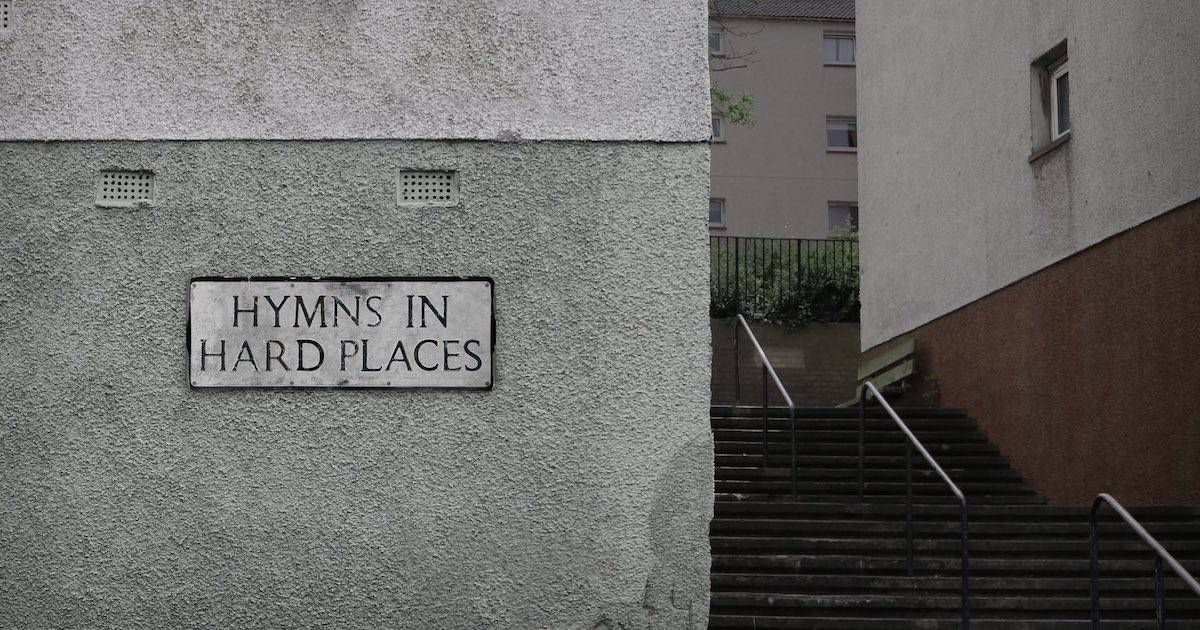 What would it mean to write hymns that speak specifically to the concerns, challenges, and temptations of your church? Not the global church or the church in general, mind you, but your own local church? What themes would be most important to those people? What truths might they have trouble believing and what doctrines might they have trouble applying to their lives? What temptations do they face that may not be addressed even in the wealth of Christian hymns that have stood the test of time and speak their precious truths?

The album begins with a faithful rendition of Psalm 77, then turns to “Come Weary Souls,” a song that encourages those who have sinned to trust in the promise of God’s forgiveness: “There is no more guilt, / There is no more shame / Come like a child, believe and abide / Find rest in the Saviours name.” The next song, “Flee from Sin / Run to Jesus” brings comfort to those who find themselves struggling with old patterns of sin and addiction. “There’s a refuge from every lustful thought / From old habits enticing me away / When I fear my addictions won’t be overcome / There is hope through Christ’s resurrection day.”

The album continues with “We Long for that Day.” In a church context in which many members have experienced abuse and other forms of injustice, this song brings hope grounded in Christ’s return and the coming of final judgment. “God will judge this world so full of evil / and bring each work of darkness into light / on that day His enemies will tremble / When the King returns in glorious might / Finally oppression will be over / Secret acts of cruelty made known / Nowhere left to hide from the abuser / Every deed laid bare before the throne.” “Take Heart” returns to the theme of enduring suffering and sorrowing, “Praise His Name” promises eternal spiritual riches for those living in temporal poverty, while “Trust and Obey” rewrites the famous hymn for those who so often fail to trust and who so continuously struggle to obey: “Come you failures and see / Hopeless rebels set free / Where the Lamb, full submission, displayed / There He paid for our sin / Now His Spirit within / Is our joy as we trust and obey.”

And so it goes through several more hymns. It finishes with a bonus track which, though not meant to be sung congregationally, helpfully grapples with the reality that once we come to Christ, life often gets more difficult. “Why did life get harder, the minute I believed? / Why do I need armour, when You’ve won the victory? / Why does condemnation still weigh heavy on my heart? / I know that I’m forgiven so why is this path I’m on so dark?”

As twenty-first century English-speaking Christians, we are extremely well-resourced when it comes to hymns and have, quite literally, tens of thousands we can draw upon on any given Sunday. Yet it occurs to me that the great majority are written with the global church in mind rather than a very particular local church. They are written to be sung by millions rather than tens or hundreds and often speak to broad truths rather than specific ones. Speaking personally, I find something moving about the very notion of songs written for and sung by people who admit their particular struggles and who need particular encouragement.

It could be that your church finds something to sing in this collection of hymns, or it could be that it inspires your church to write songs that give a voice to their own concerns and difficulties. Either way, I expect you’ll benefit from Hymns in Hard Places. You can give it a listen on whatever music service you prefer.