I am a voracious and omnivorous reader. While necessity dictates that I focus much of my attention on Christian books, I supplement with all kinds of other genres. Here are a few of those other books I have enjoyed over the past couple of months. (If you are looking for Christian book suggestions, you can browse my Book Reviews section.) 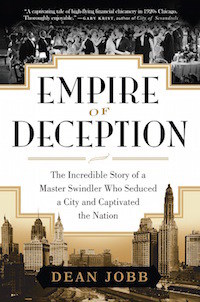 Empire of Deception by Dean Jobb. You have heard of Charles Ponzi, I am sure, and his infamous scheme to enrich himself at the expense of others. If history rewarded the greater scandal, the scheme would actually be called the “Koretz Scheme” after Leo Koretz. Koretz was a master swindler who carried on a very similar racket for a much longer period of time and with much greater personal reward. In Empire of Deception Dean Jobb tells the fascinating story of a forgotten figure. And it is not only Jobb who fascinates, but the thousands of people whose naivite and greed made them such easy marks. This tale makes for great summer reading and in the telling provides important lessons for us all. (Buy it) 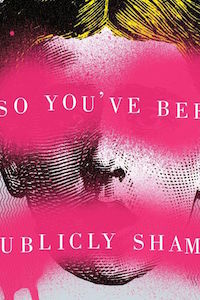 So You’ve Been Publicly Shamed by Jon Ronson. All through history shaming has been used as a tactic for punishing and preventing poor behavior. Shaming conjures up images of people in the town square with their head in the stocks. Eventually, though, shaming was banned for simply being too cruel. But shaming has made a sudden and vicious comeback in the digital age. Ronson traces some of the best-known recent cases of public shaming and suggests that we urgently need to address this behavior. While we must insist on justice for those who do wrong, we also need to ensure that we protect the innocent and allow due process before using our social media powers to shame whoever we believe is guilty. (Note: This book provides many real-world examples and, therefore, needs to be rated PG-13, especially because of the kind of language it quotes.) (Buy it) 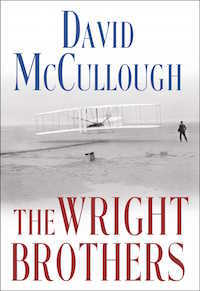 The Wright Brothers by David McCullough. It is for good reason that David McCullough has twice won the Pulitzer Prize. Few historians have his ability to recount history with such skill and verve. His latest, and perhaps final work, is a biography of the Wright brothers. From their humble beginnings as bicycle mechanics in Dayton, Ohio, they achieved lasting, worldwide fame as the first to successfully take to the air in a machine-powered aircraft. This account is both thrilling and fascinating, a quintessentially American tale of opportunity, ingenuity, and determination. No one could tell it better than McCullough. All of his works deserve to be read, and this one is no exception. (Buy it) 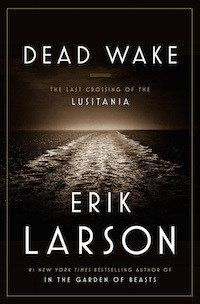 Dead Wake by Erik Larson. WORLD magazine named Dead Wake their history/biography book of the year and said this: “[Larson] masterfully tells the story of those responsible for sinking the Lusitania and makes us empathize with the ordinary men, women, and children who were war’s collateral damage. That appeal to emotion as well as intellect makes Dead Wake our history/biography book of the year.” I quite agree with their enthusiasm and their assessment. I found just one matter to critique: At times the author tiptoes a little too close to outright mellodrama for my tastes. Still, it is a fascinating and enjoyable read and a wonderful example of popular history. It is another ideal pick for lakeside summer reading. (Buy it)

The Successful Virtual Office in 30 Minutes by Melanie Pinola. You can only expect so much from a low-cost, 30-minute investment. However, if you are looking for some helpful tips on working from a home office or coordinating remote teams, I believe that this book will prove itself worth the time and cost. It offered me several useful refreshers and a handful of valuable tips. Since I read it I have implemented a few of its ideas to good effect. I intend to return to it regularly. (Buy it) 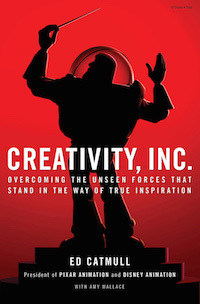 Creativity Inc. by Ed Catmull. Ed Catmull has been with Pixar Animation Studios since its founding and currently serves as its president. In Creativity Inc. he shares many principles that will be of special interest leaders and creatives. Of course there are thousands of books that share similar principles. But what Catmull’s book different is that he is able to describe them through the many successful and popular movies he has been involved with over the years (including Toy Story, Finding Nemo, The Incredibles, and so on). If you have enjoyed Pixar films in the past, and if you are involved in leadership or creativity, you may find this an especially accessible book. (Buy it) 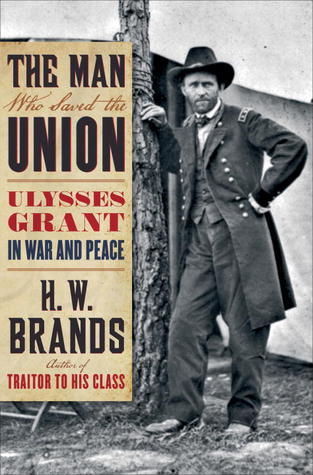 The Man Who Saved the Union by H.W. Brands. I listened to The Man Who Saved the Union as part of my project to read a biography of each American president (see Biographies of U.S. Presidents). Brand’s telling of Grant’s life is lively and written at just the right pace. Of particular interest is Grant’s anonymity and consistent history of failure leading up to the war contrasted with his status as a national figure and presidential candidate by the end of the war. (Buy it)