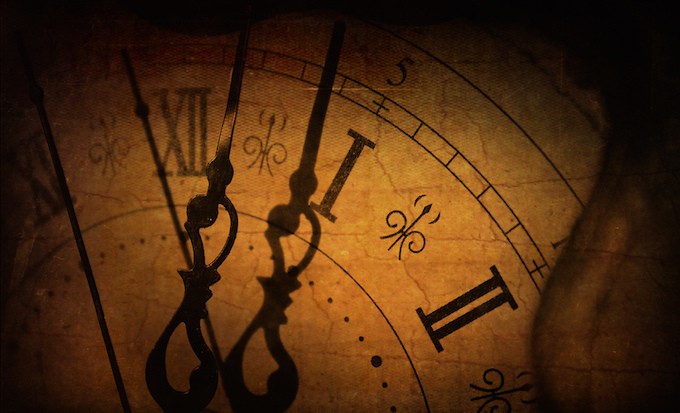 In a continuing series, professors from the Reformed Presbyterian Theological Seminary share some thoughts that are on their hearts.

It’s amazing how regimented modern life is.  Busy schedules demand precise organization, and we can hardly conceive of a day that is not divided into hours and minutes.  I don’t know how many times I glance at my watch during the day, but each glance reminds me of pending tasks and the precise time allotted to each.  This being the case, it is refreshing to step into the world of Old Testament narrative.  In the place of hours and minutes, the patriarchs lived and thought in terms of seasons, not the natural seasons of the year, but indefinite periods of time that were characterized by one particular task or calling.

Thus we read about characters encamping here or there “for a season” in the King James Version, or the “season” in which Israel came out of Egypt, or the psalmist praying to God “in the night season.”  Even the days are delineated only by morning, noon, and night with no thought of greater precision.  If we tried to operate on these terms, schedule things “in due season” or plan our tasks “when the time comes,” a tangled mess would surely be the result.

Our world demands precision and a strict accounting of time.  But when reading the historical narratives of the Hebrew Bible, we seem to step into a dream-like world with very little consciousness of, or concern for, the delineation and passage of time.

I do not think this narrative timelessness can be neatly accounted for by the simplicity of ancient life or the nature of ancient literature.  Of course, to some degree, we would expect a shepherd people to move at a sheep’s pace, but I think the difference between the Old Testament world and ours has as much to do with priorities as anything.  Perhaps the timeless quality of these texts exhibits the simplicity of faith unencumbered by the desires, expectations, and obligations that we needlessly heap upon ourselves.

What mattered to the patriarchs was the calling at hand, not the next bend in the road.  They lived within the present reality of the covenant relationship, enjoying it and responding to its development.  What mattered was right in front of them – faith, life, and family – and to these things they gave themselves with timeless focus.  I’m sure they had occasion for greater precision and foresight when it came to the responsibilities of life, as we do, but one certainly gets the sense that, from “season to season,” our forefathers in the faith had an unwavering simplicity of focus that makes their life narratives seem timeless, or at least not nearly as regimented as our world.

Their communion with God and the Lord’s calling upon them, was not just one part of a diffuse existence, nor did they see the present as only a steppingstone to something else.  They found themselves on the “pathway of life” (Psalm 16:11) because of God’s grace, and that path was all that mattered.  “What” mattered a whole lot more than “when.”

You have heard the hackneyed saying: “Life is a road, not a destination.”  Nothing could be further from the truth in our world.  Many people covet what they do not have, live only for what they want to achieve, are always looking to the next bend in the road, sacrifice the people in their lives for progress toward their goals, and are unsatisfied with where they are.  But maybe this was truly the case with the patriarchs – they thought in terms of the road rather than the destination.  It was enough for them to simply live the life of faith, unhurried and unencumbered, while enjoying the different “seasons” of the covenant relationship.  Perhaps we, too, should live and think more in such terms.