This sponsored post was prepared by Wayne Grudem on behalf of Zondervan Academic Online Courses. Dr. Grudem’s mini-course, Introduction to the Bible: The Doctrine of Scripture, is available free for readers of Tim Challies’ blog this week only.

What is the Word of God? 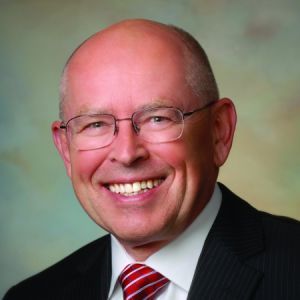 The Word of God actually refers to several different things in the Bible.

A couple things can be said in answer to that.

So, although we recognize that in some cases the Word of God refers to Jesus, in many other cases, it refers to speech by God in different forms.

Let’s take a look at some of these forms.

There’s the form of what we could call God’s decrees. That is, the words of God that cause something to happen.

God’s words have power. In fact, Psalm 33:6 summarizes this: “By the word of the Lord the heavens were made, their starry host by the breath of his mouth.”

So God’s words have so much power that through them he creates the world—the entire universe.

Let that sink in. It’s so different from our experience: our words may have impact on people, but there’s never been someone who has the ability to say, “Let there be a rabbit,” and there’s a rabbit. Our words just don’t work that way. Our words don’t have that kind of power.

Even more, in some places the Bible talks about God’s word sustaining the universe and carrying it along. Hebrews 1:3, in talking about Jesus, says, “The Son is the radiance of God’s glory and the exact representation of his being, sustaining all things by his powerful word.”

The Greek text here has the connotation of “carrying along.” This is what Jesus’ Word is doing with the entire universe—carrying it along. We don’t see or hear or perceive Jesus’ powerful word carrying along the universe, sustaining it, or keeping it in existence. But Hebrews 1:3 tells us that this is exactly what is happening. The Word of God is so powerful that it carries along and sustains the entire universe.

There’s another form of the Word of God: the times when God speaks directly to people. We could call this God’s Word of personal address. It’s seen in the early chapters of Genesis when God spoke to Adam and Eve and walked with them in the Garden. It’s seen again in Exodus 20 when God speaks from Mount Sinai, and his voice thunders forth.

You can imagine how the people must have trembled and felt awe and reverence as God spoke to them with his own voice.

Then there’s another form God’s words take. This is the form of God speaking through human beings—through their lips, through their voice. This is what happens when God raises up prophets in the Old Testament. The prophets say, “Thus says the Lord…” and proceed to give God’s speech.

Finally, we see God’s Words in written form in the Bible. We see throughout Scripture that God tells Moses to write his words down. He says the same thing to Joshua, Isaiah, and others.

Isaiah 30:8 says, “Go now, write it on a tablet for them, inscribe it on a scroll, that for the days to come, it may be an everlasting witness.” This is a great advantage for the people of God, because God’s words could be preserved in written form forever.

We see time and again that they can’t remember accurately—even the next day—everything God speaks from Mount Sanai or what God says through Moses or the prophets.

But once God’s words are written down, there is opportunity for repeated inspection, for copying, for access by many people who can read it and study it for themselves. There is clearly a great benefit to having God’s Word in written form.

We should hear all of Scripture as God’s Word. When we read Scripture, we should think of it as coming to us with the same force and power with which we might hear it as if God had been speaking to us at the foot of Mount Sanai, when his words thundered from the heavens.

Ask yourself: would you pay more attention if that were the case? If God spoke to you with a voice from heaven, or through a living prophet, like Moses, Elijah, or Isaiah?

The truth is that Scripture contains the words of God—just as powerful as the audible words God spoke. They have the power to change our minds and hearts, to penetrate deep inside our very being. They are unlike any other human words.

I have worked with Zondervan Academic to create a mini-course titled Introduction to the Bible: The Doctrine of Scripture. It includes video lectures and reading materials from the larger Systematic Theology online course.

The best part is that you can get this course available for free—this week only.

Here is what you will learn in just the first two hours:

The online course is free through the end of this week, so I encourage you to sign up now. 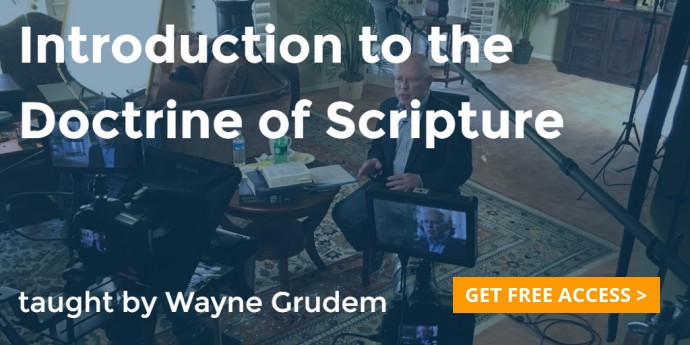