I trust you are enjoying God’s grace as you prepare to remember Christ’s death and celebrate his resurrection this weekend.

Today’s Kindle deals include at least a couple of interesting titles.

Meat from the Sky and the Resurrection’s Plausibility

“In 1876, a Kentucky grandmother was making lye soap on her front porch. Suddenly, an odd series of thuds in the field beside her house interrupted the silence of her labors. She sent her grandson out to see what was happening. He claimed it was snowing, but the weather was too warm and clear for snow. So Mrs. Crouch stepped off the porch to see for herself. What the grandmother saw when she walked across the field still sounds unbelievable.” In a strange way, this leads to an argument for the plausibility of the resurrection.

One of the Most Overlooked Arguments for the Resurrection

Michael Kruger approaches the same topic from a different angle. “It is an often overlooked fact that provides the necessary context for the discussion. That fact is simply this: the earliest Christians came to believe, against all odds and against all expectations, that Jesus of Nazareth had been raised from the dead.”

June 29-30, 2022, with Kevin DeYoung, Alistair Begg & others. The Radius Missiology Conference is an ideal opportunity for pastors, missionary candidates, and church leaders to become better informed on the state of modern missions and learn how Radius can assist local churches in equipping their members to take the gospel where it has never been. (Sponsored Link)

Rowan Williams and Our Sentimental Age

“Today, as in the days of Plato, rhetoric is what moves the crowd. But as Plato knew, truth, not rhetoric, is the task of philosophy and philosophers. That is why the latter are so important. Sadly, many in today’s philosopher class—the intellectuals—seem to have forgotten Plato. They now find rhetoric more attractive than truth.” Carl Trueman considers a very recent example.

Who will speak up for the transgender kid?

Denny Burk: “Gender affirming care requires parents and medical professionals to follow the instincts of children who are confused about their gender. Rather than helping children to resolve their psychological distress in a way that affirms their bodies, gender affirming care requires destroying a child’s body. This ‘care’ can include blocking a child’s puberty, the infusion of opposite sex hormones, and sometimes destroying healthy reproductive organs through surgery.”

“One Another” Ministry for the Homebound

This is a helpful look at “one another” commands that can help us minister to the homebound.

The Prosperity Gospel Loves God’s Gifts, But Ignores God Himself

This is one of the markers of the prosperity gospel—it loves what God gives, but could do without God himself.

Sometimes pride looks an awful lot like humility. There are times that our pride convinces us to put on a great show of what looks to all the world like humility so that we will be seen and acknowledged by others. 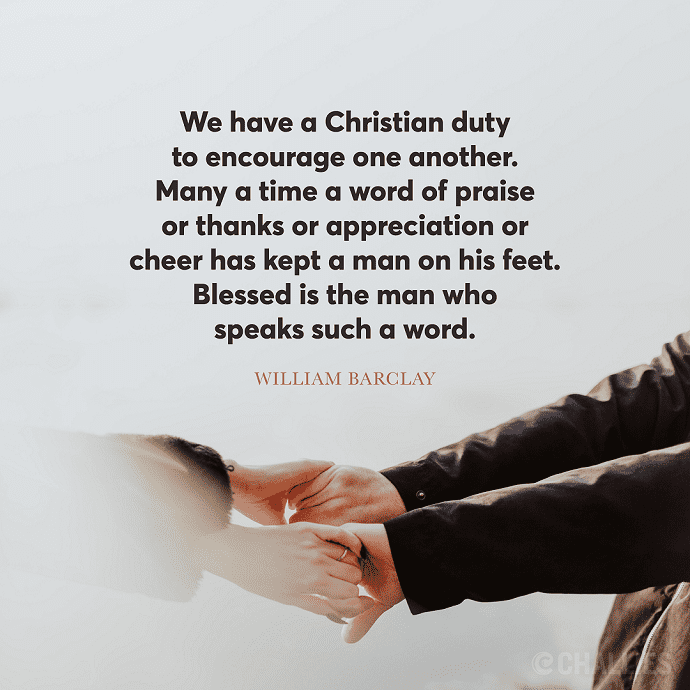 We have a Christian duty to encourage one another. Many a time a word of praise or thanks or appreciation or cheer has kept a man on his feet. Blessed is the man who speaks such a word. —William Barclay