As always, you can check the Kindle deals page to see what’s new on that front.

Westminster Books has a deal on a book your pastor probably wishes you’d read. Logos users may want to browse through this month’s deals. Don’t forget about the NICOT/NICNT sale.

(Yesterday on the blog: Young People and the Hundred Pushup Challenge of Life)

Uncomfortable circumstances have a way of testing our love. “If God called me to serve Him in Bihar, I would probably stand in church and with the deepest passion and commitment declare my love for the people of Bihar. Yet, in that crowded train, when they occupied my space and greatly inconvenienced me, loving them was the last thing on my mind. If I cannot love them in that space how dare I say I love them in any other space?”

My Mom Was the First Person to See Jesus in Tortilla, and It Changed Our Lives

Here’s a strange but interesting article on a woman whose mother was the first person to see Jesus in a tortilla. “To this day, my mom can’t describe exactly how she felt — chills, and some combination of ‘extraña, alegre, y con medio’ (‘strange, happy, and with fear’) — but most clearly she experienced a profound calling to keep the tortilla. Still, she wanted confirmation from a person of faith that it was a sign from God. The priest was dubious, at best, but blessed it anyway — and then, despite his skepticism, he told a few people, and then it just spread like wildfire. By the time my sister returned from school later that day, there were hundreds of people waiting in line to see the tortilla, seeking to believe in something.”

Joe Carter tells what it means and why it matters that the Supreme Court will decide whether “sex” now includes sexual orientation and gender identity.

John Newton (via Lisa LaGeorge) has lots of wisdom to pass along about how and why we listen to sermons. “One snare Newton mentions is having unrealistic expectations for preachers. Newton reminds his reader that all ministers of the Gospel have a great diversities of gifts from the Spirit.”

A Preacher for Trump’s America: Joel Osteen and the Prosperity Gospel

The Financial Times has a long article on Joel Osteen and the prosperity gospel. I believe you need to get to it via Google to avoid the paywall. “With a fortune estimated at $60m and a mansion listed on Zillow at $10.7m, Osteen is hardly living like a friar. His suburban Houston home has three elevators, a swimming pool and parking for 20 cars.”

When Tech Elites Lose Their Religion

It seems that many of the world’s tech elites are losing faith in their self-created religion of technology. “It seems that we’re entering into a paradoxical twilight time, an era astride two ages. On one side of the twain, digital domination seems unstoppable, and yet on the other side, people don’t trust it. What will happen when the reality is real yet the believers don’t believe? Barring some sort of cataclysm that does away with electricity, it’s hard to imagine computers going anywhere. Yet at the same time, it’s also hard to imagine that humans won’t find a way to subvert the unloved digital superstructure.”

Carl Trueman warns that we need to choose our martyrs carefully. “It is surely a sign of the times when Christians lionize someone as a hero of the Faith and quasi-martyr for taking an ethical stand on traditional morality, but wink at his denial of fundamental Christian doctrines.” 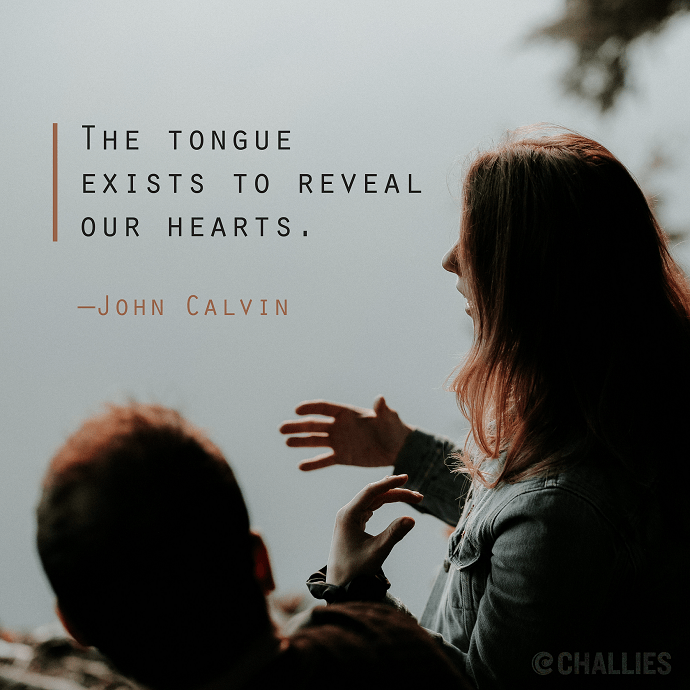 The tongue exists to reveal our hearts. —John Calvin