Today’s Kindle deals include a couple of new books, plus some that were on the list last week but have since dropped in price.

(Yesterday on the blog: The Right Response to the Old Testament Law)

Higher Education and the COVID-19 Crisis

Al Mohler has penned a long article about the challenges to higher education. Whether his view is realistic or pessimistic remains to be seen, but either way, it’s plenty sobering. “The coronavirus just collapsed a decade of institutional strategy and planning to a matter of weeks. The stress test tremors we all saw coming has become an earthquake.” He traces the three stages of the unfolding crisis. (See also: The Coming Storm for Christian Higher Education and College Campuses Must Reopen in the Fall. Here’s How We Do It.)

This is a sweet story, not least because the “hero” wants no recognition. “When Iris Roper’s family was unable to visit her after she was diagnosed with COVID-19, an employee of her care facility let them speak to her through his phone while he held her hand.”

Why Are Literary Genres Important When Studying the Bible? (Video)

Whether this is new territory for you or a refresh, it’s good to consider why literary genres are so important when studying the Bible.

When Everything Is Not Obvious

Tony Payne makes the argument that instead of talking about “disciples” we should talk about “apprentices.” Hear him out…

‘Expert Twitter’ Only Goes So Far. Bring Back Blogs

Cal Newport is calling for the return of blogs. The points he makes about the pandemic are equally true of discussions related to theology. “If this pandemic had struck even as recently as 10 years ago, we would have been stuck listening to whichever experts an overwhelmed media corps happened to have in their Rolodex. Today we can be significantly more informed, but this vision of an information-rich pandemic response is not flawless. Twitter was optimized for links and short musings. It’s not well suited for complex discussions or nuanced analyses.”

As a baptist, I think it’s important to ensure I properly understand the position of my paedobaptist brothers and sisters. This article from Guy Richard explains the position well. It’s interesting to me that both sides shift the burden of proof to the other. So, for example, he says, “Our credobaptist brothers and sisters have to demonstrate that the Bible teaches that professing believers, and no one else, are to be baptized.” Yet baptists would say, “You need to demonstrate that children and not just professing believers are to be baptized.”

By releasing entire seasons at once rather than at the traditional rate of an episode per week, they are helping us form habits of binging, of reducing sleep to gain entertainment. 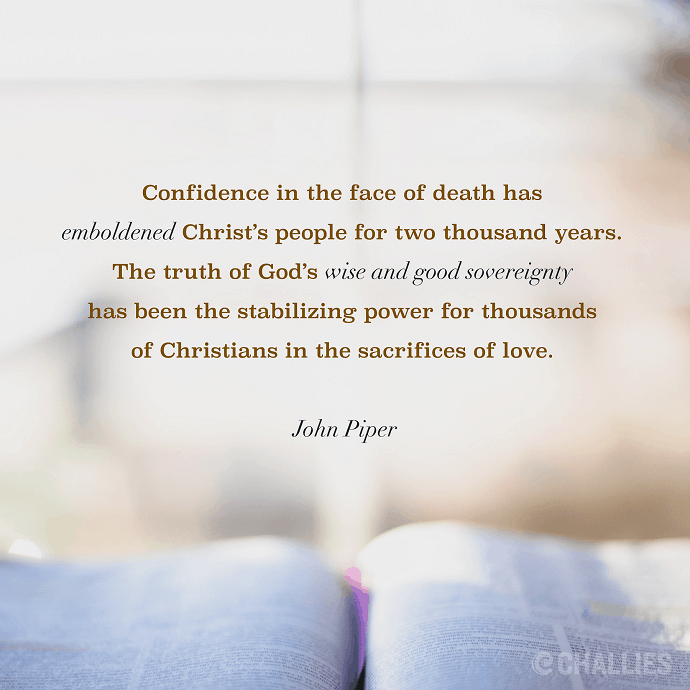 Confidence in the face of death has emboldened Christ’s people for two thousand years. The truth of God’s wise and good sovereignty has been the stabilizing power for thousands of Christians in the sacrifices of love. —John Piper