Today’s Kindle deals include a lot of shorter books. (Pro tip: One of the ways you read many books in a year is to ensure that some of them are shorter books; it’s not cheating!)

Logos users, don’t forget that individual volumes in the excellent NIC commentary series are on sale for just $19.99. That sale ends very soon.

Engaging a Viral Interview with N. T. Wright about Women in Ministry

The thorough title of the article aptly describes what it’s all about. “Game over, right? Well actually, game not over. Not even close to it. In fact, game not even started. Wright has not even engaged the actual debate between egalitarians and complementarians. He evades the real issues in contention and tries to hang egalitarian revisions entirely on two texts that do not teach egalitarianism.”

Yes to this! “Maybe it’s time to reimagine a world where the office was just the office—a place you could actually get work done, and then eventually leave.” (Note, there are one or two bad words in the article.)

Are the Democrats Really Close to an Openly Socialist Nominee?

Al Mohler asks and answers. “Senator Sander’s ascendancy marks a reshaping of the American political map and the worldview implications cannot be overstated. The United States of America is on the precipice of seeing one of its two major political parties nominate an avowed socialist for the most powerful office in the world. If Sanders is nominated, the ideas and worldview of Socialism will be front and center in American political discourse. This has never happened in American history.”

The World as 100 Christians

This graphic uses an absurdly wide definition of Christian (seeing as they say there are 2.5 billion of us in the world—can you imagine what the world would be like if there were actually 2.5 billion people following Christ and living for his glory?), but that aside, it’s an effective way of displaying data.

I’ve often marveled at the number of times people will record video of some terrible situation without lending a hand. Shouldn’t your first thought be “how can I help” rather than “I bet this will go viral!”

Those Kitchen Hacks with Millions of Views (Video)

I thoroughly enjoyed watching this video which tries to replicate some of the “kitchen hack” videos you see floating around social media.

Flashback: “I Love You” and “Please Forgive Me” 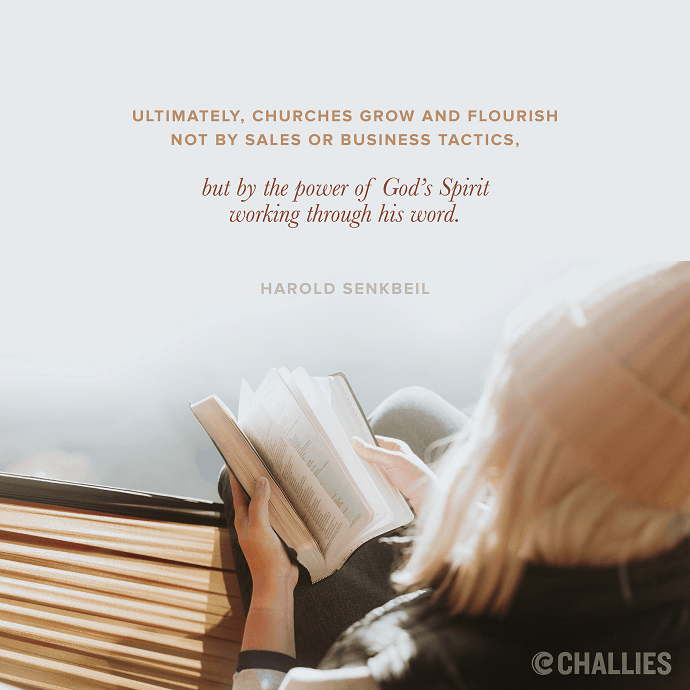 Ultimately, churches grow and flourish not by sales or business tactics, but by the power of God’s Spirit working through his word. —Harold Senkbeil