Westminster Books has a deal on what they are calling their group study book of the year.

Today’s Kindle deals once again include some excellent books.

Ethnic Harmony Is a Certainty: Three Good Resolves for the Church

“As a pastor in Minneapolis for more than two decades, I have found that one of the most helpful biblical teachings regarding ethnic harmony in the church is that Christ has already secured it.” That is so important to understand and remember.

For the first time, The Gospel Coalition will be hosting a “conference of conferences”. In addition to mainstage keynote talks, featuring worship led by Sydney, Australia’s CityAlight, TGC23 registrants will choose from a variety of topical microevents on matters pertaining to ministry and all areas of Christian life. Find out more about what John Piper, David Platt, Andrew Wilson, and many other speakers will share with us this September 25—27 as we explore the theme, Hope in the Wilderness: Encouragement for Pilgrims from the Book of Exodus

How Should I Dispose of a Bible?

I’m surprised how much people struggle with this!

Caregiving as a Calling and Ministry

This one will be encouraging to those called to caregiving.

“We learned this past weekend that Eric Alexander has gone to be with Christ. It was early Sunday morning when I received a text from a friend with this news. My first response was to get on my knees and thank the Lord for Eric. What a dear man. It is his blessing to be received to glory and our blessing to have known him.”

How Does Temptation Work?

Beneath and behind and inside those ordinary sermons is the extraordinary God who specializes in displaying his power through my weakness, my ordinariness. 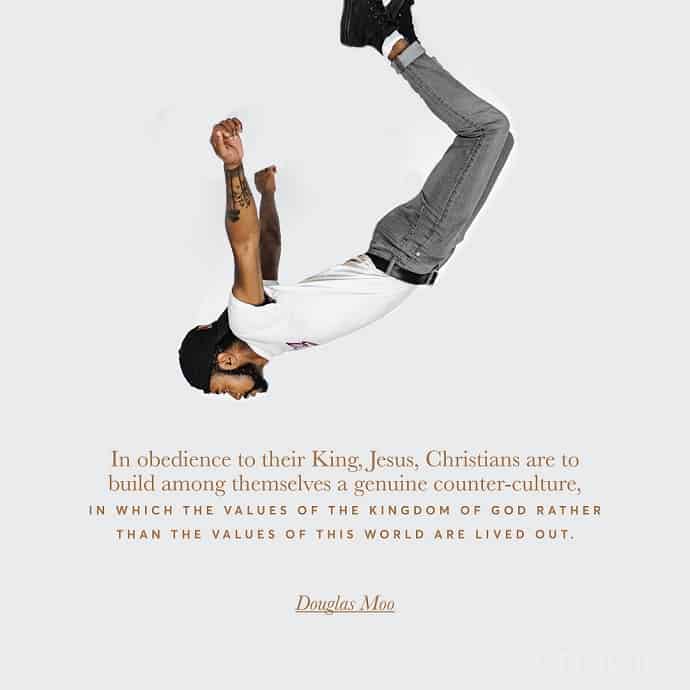 In obedience to their King, Jesus, Christians are to build among themselves a genuine counter-culture, in which the values of the kingdom of God rather than the values of this world are lived out. —Douglas Moo