Today’s Kindle deals are a little bit sparse, but there are still a couple.

How to Spot a False Teacher

Speaking of false teachers, I’ve grown increasingly concerned with Bruxy Cavey who has significant influence in Canada. In this article Jacob Reaume focuses on one area that is of especially great concern.

This Photo of People Taking Photos Haunts Me

I think we can all agree with this. “I don’t want to be a mere biomass transporter for my all-knowing phone and its all-seeing camera. And I really should relearn the lost art of enjoying a moment without trying to strangle it into captivity within the rectangle of my phone. Seriously, phones are the most amazing human invention, but we should live our lives with them, not through them.”

Why It Is Highly Unlikely That the New Supreme Court Will Overturn Roe v. Wade (Though They Should)

“Conservatives have high hopes that Kavanaugh — along with Roberts, Gorsuch, Alito, and Thomas — will rule to knock over that legal monstrosity. That’s highly unlikely.”

If you’ve got kids, teens especially, you may have heard of this game. Here’s an explanation. “Since it launched in July of last year, Fortnite has risen to become the most important video game currently in existence. The 100-player, last-man-standing video-game shooter is obsessed over by rappers and athletes, hotly debated in high-school cafeterias, and played by 125 million people. All this, not because of a major technical or graphical breakthrough, or for a groundbreaking work of narrative depth, but for, essentially, a simple, endlessly playable cartoon.”

Differences Between Salvation in the Qur’an & the Bible

“Every system, philosophy, and religion proposes some form of salvation. They all articulate a problem which must be solved in order for a person to experience salvation. What matters most is what a system teaches about salvation. Whenever we seek to understand a spiritual system, this is where we need to go. What must a person to do be saved?” Here are key differences between the Qur’an and the Bible.

Been Down So Long It Looks Like Debt to Me

This was an interesting and rather sad read. “The foundational myth of an entire generation of Americans was the false promise that education was priceless—that its value was above or beyond its cost. College was not a right or a privilege but an inevitability on the way to a meaningful adulthood. What an irony that the decisions I made about college when I was seventeen have derailed such a goal.”

Flashback: The Damning Devastation of a Single Coddled Sin

Do not be complacent with sin in general and be doubly sure you are not ignoring a single treasured pet sin. There is great danger in any and every sin; there is great joy and freedom in every measure of holiness. 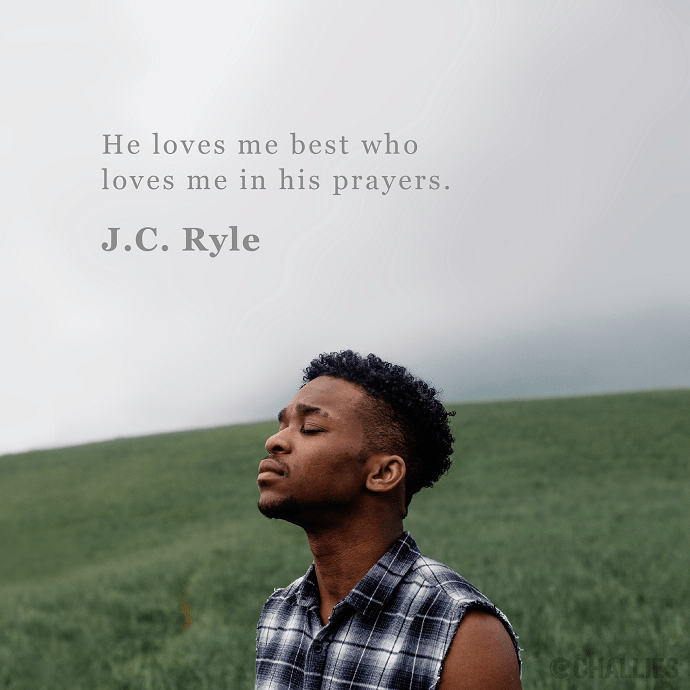 He loves me best who loves me in his prayers. —J.C. Ryle