Today I’m winging my way to South Africa where I’ll be spending a day in Johannesburg. That’s the first leg on my homeward journey…

Today’s Kindle deals include several pretty good books at a pretty good discount. And, as usual, there’s a healthy collection of weekly deals at Westminster Books.

A Place at the Table

Heidi Tai is such a good writer. “My Gong Gong joined a movement of ‘Freedom Swimmers’ who made their escape from China by swimming into Hong Kong. The route was dangerous and often fatal but for the persecuted, Hong Kong was a promise of freedom, food and a future. My Gong Gong dived into freedom with two friends but along the way, one was eaten by a shark and another shot dead by Chinese authorities. Weary and starving, he arrived on the shores of freedom as the lone survivor.”

In Ministry, Joy and Sorrow Don’t Cancel Each Other Out

“Paul’s theology is often characterized as the ‘already, not yet.’ Christ has redeemed us, and yet we’re not all that we will be. In other words, our life in Christ is a mixed bag. We experience both the joys of God’s love and salvation while we live with ongoing sin and suffering in a broken world. The goal isn’t so much to balance those realities but to engage them in love. Sorrow will ebb and flow as will joy, but we enter into it all in love so that Christ’s presence and power is made more manifest to all.”

Should You Baptize Apart from the Church?

5 Reasons to Disentangle Sexuality and Race

Rebecca McLaughlin: “As I’ve reflected on the ‘wrong side of history’ claim—compelling as it first appears—I’ve come to see five fundamental problems with equating same-sex marriage to mixed-race marriage.”

“I know. It’s a mess. But I can’t stay away. I don’t know what else to do. Here’s the thing– if you look at foster care and you see the problems, then you’ve got to be part of the solution. We can’t just opt out.”

Love Through the Awkward

There is wisdom here. “Over the years, I’ve thought a lot about awkwardness.  What is it?  How should Christians think about it?  What can be done to relieve it?  My musings have helped me as a nurse, and they have helped me to love better as a member of the church.  In this article, I’ll briefly unpack the concept of awkwardness, and I’ll explore some practical, biblical antidotes.”

So Your Kid is Reading Harry Potter…. A Christian Family’s Response

I mostly agree with this, except I’d say either let your child read Harry Potter or not, but don’t feel that you need to “rationalize” it by having a party or event.

Your money is actually God’s money, and through the Holy Spirit he equips you to use it well, to steward it faithfully…if you are going to run to win, you must master your finances. 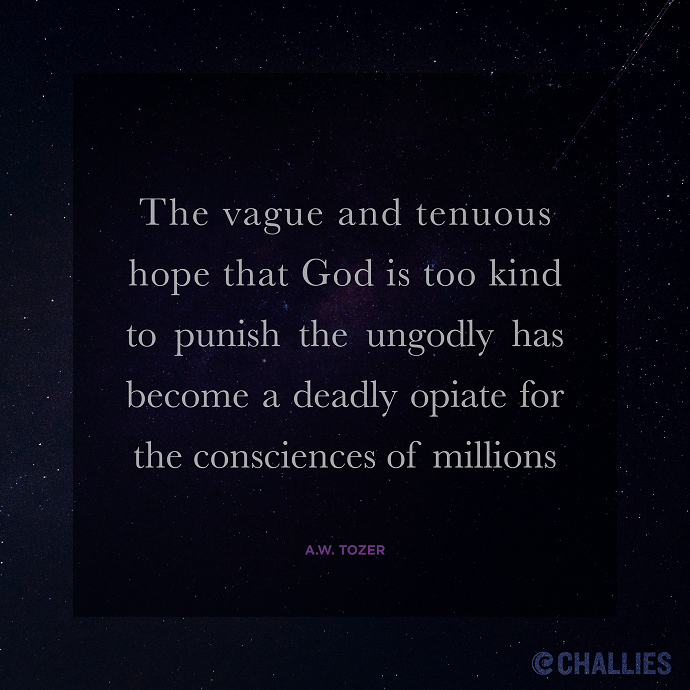 The vague and tenuous hope that God is too kind to punish the ungodly has become a deadly opiate for the consciences of millions. —A.W. Tozer