Good morning from sunny Nampula, Mozambique, where a conference for pastors is kicking off today. I’m not on the speaking roster, but would still love you to pray for the speakers (who hail from Zambia, Brazil, and America).

I found a few Kindle deals today that you may enjoy.

(Yesterday on the Blog: When Christians Just Don’t Read the Bible)

The Snakes That Ate Florida

“In the Everglades, everything still looks the same. The waving saw grass, the cypress and pine trees draped with air plants, the high, white clouds parked like dirigibles above their shadows—if you’ve been to the Everglades before, and you go back, you’ll still find these. But now there is also a weird quiet. In the campsites of Everglades National Park, raccoons don’t rattle the trash can lids at four in the morning. Marsh rabbits don’t scatter with a nervous rustle on the hiking trails as you walk by. Tires don’t shriek when somebody brakes to avoid an opossum transfixed by headlights in the middle of the road. In fact, roadkill, which used to be common in this wildest part of Florida, is no longer seen.”

Lore Ferguson Wilbert: “To live in these bodies, the bodies we have, and to not constantly pursue the bodies we don’t have, is our spiritual act of worship. To offer these bodies as living sacrifices—not to burn on some altar for which there is no longer any need, but to live, truly live in sacrificial and embodied ways, this is worship.”

“This debate is always vitriolic, and as a result, often deeply unintelligent. Most people (on both sides) are content with sharing facile memes and purile soundbites. I want to avoid that tone, if I can. It’s not the strong language I have a problem with (vital issues call for forceful language), but the ignorant ways that opinions are often voiced, and the consequent refusal to engage in rational discussion. I hope to convince you that the pro-life perspective is rooted in compassion, not misogyny. And so, I urge you to read and even respond.”

I found this rather an interesting look at the legendary designs of Apple’s Jony Ive. His best and worst designs are the stuff of legends.

Errata: An Apology to Some Evangelicals

You’ll probably want to read this article from Thabiti Anyabwile. “For most of the last two years, I’ve been listening to the views of others. While I’ve been active on Twitter, I’ve intentionally not engaged some discussions at blog length. I’ve benefitted from a great deal of my listening. Much has been said. However, much still needs to be said. I hope to be useful to the Lord’s cause, his church, and righteousness as I say my part. I hope you will pray for me as I renew my commitment to pray for you when I write.”

US Women’s Soccer and Our Culture of “Tolerance”

Michael Kruger looks at “tolerance” today and draws some comparisons to the early church.

Beware of a “Test the Fruit” Hermeneutic

Denny Burk writes about the danger behind a certain method of testing whether something is right or wrong.

Flashback: A Sober Warning from the Earliest Christians

Where tolerance once called for respect despite disagreement, today it calls for far more. We are considered tolerant only when we advocate and celebrate new understandings of marriage, sexuality, and gender. 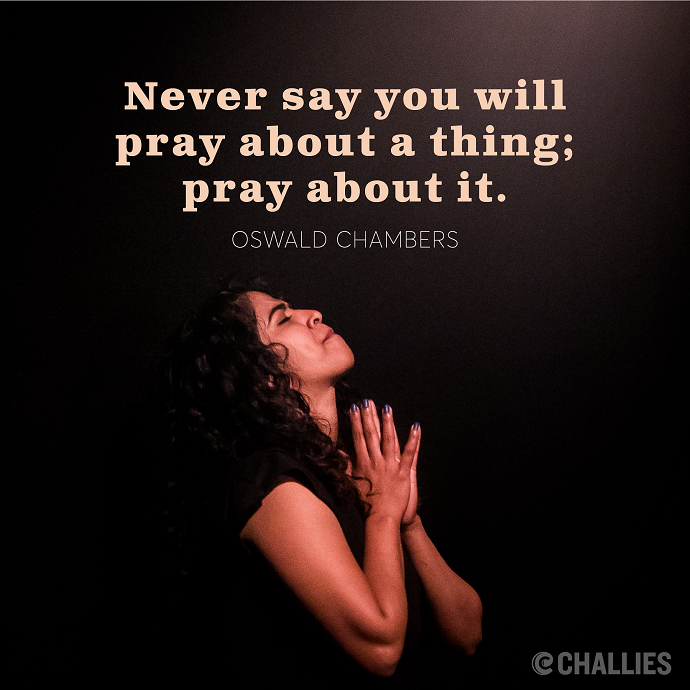 Never say you will pray about a thing; pray about it. —Oswald Chambers