There’s another handful of Kindle deals to look at today.

Westminster Books is having a great sale on what I consider one of the best commentary series out there for devotion or sermon prep: The Reformed Expository Commentary series. They’ve got the associated Bible studies discounted as well.

Why You Should Never Take the Mass

I co-sign this. “The question is this: is this a hill to die on? I would say, quite emphatically, that this is a huge deal, and I truly believe that this is a matter of the utmost importance. I want to give you three reasons why you should never, ever take the mass!”

What If You Struggle to Forgive Yourself for a Past Sin?

Randy Alcorn answers this pastorally. “Jesus said Satan is a liar, and when he lies he speaks his native language. Lying is what he’s best at.” And he’s prone to lie here.

40% Off Puritan: All Of Life To The Glory Of God

Heresy is a strong word and we need to ensure it maintains a very strong definition. “Occasionally, I’ll see a social media post about a Christian leader who is referred to as a ‘heretic’ and who teaches ‘heresy.’ But in reality, the Christian leader mentioned is not one who teaches heresy, but someone with whom the person who made the post has significant differences on secondary theological issues. In other words, anyone who makes this kind of social media post misunderstands what heresy means.”

When Cancel Culture Comes to Newsrooms

This is a really good article from WORLD as it traces the rise of cancel culture in America’s newsrooms. “We’re cowering under the sick mutation of Andy Warhol’s famed prediction—soon everyone will be canceled for 15 minutes. It’s one thing for cowardly corporations to choose the path of least resistance. But it’s a fresh horror when members of the only profession the Bill of Rights mentions shuck off their solemn responsibility to champion free speech and instead serve silence.”

A Call for Sympathy

While you wait for this baseball season to supposedly begin, you may enjoy this video on Bryce Harper’s wild 2015.

Is There a ‘Right Side’ of History?

A lot of people fear that they will find themselves on the wrong side of history. But is that really how history works?

Flashback: But He Hasn’t Got Anything On!

The Christian does not live for this world, but for a world to come. He does not need to concern himself with self-preservation, he feels no need to be thought well of in this world, he puts no hope in being great and mighty here and now. He, with Bible in hand, is willing to cry out, “But he hasn’t got anything on!” 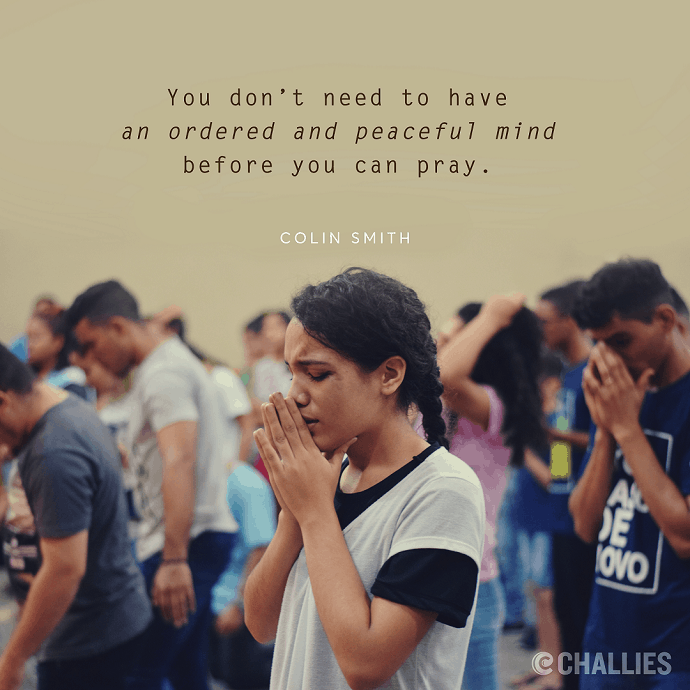 You don’t need to have an ordered and peaceful mind before you can pray. —Colin Smith