Today’s Kindle deals include, like most Mondays, several good books from Crossway.

Yesterday on the blog: Lord from Sorrows Deep I Call (Free Downloads)

Here’s a good look at some of the different ways to approach Ecclesiastes. “In my observation, Ecclesiastes is second only to Revelation in the number of competing interpretive approaches available to readers of the book. It offers a great case study in how perception can drastically affect both interpretation and application. This fact ought to motivate us to be as meticulous as possible in observing the text within its context.”

6 Ways Not To Read Bible (Video)

I enjoyed this bootleg video of Dane Ortlund teaching how not to read the Bible.

The Preachers Getting Rich from Poor Americans

These prosperity preachers are nothing short of a plague. “Televangelist Todd Coontz has a well-worn routine: he dresses in a suit, pulls out a Bible and urges viewers to pledge a very specific amount of money. ‘Don’t delay, don’t delay,’ he urges, calmly but emphatically. It sounds simple, absurdly so, but Coontz knows his audience extremely well. He broadcasts on Christian cable channels, often late into the night, drawing in viewers who lack financial literacy and are desperate for change.”

New Music From the People of Scotland’s Schemes (Sponsored Link)

The Tragedy of Mount Everest

Three are lots of interesting observations here about the quest to climb Everest. “Conditions on Everest today, though, would be unrecognizable to Mallory — or to the Sherpa Tenzing Norgay and his client, Sir Edmund Hillary, who together became the first recorded people to summit the mountain on this day in 1953. While Everest’s danger once lay in the mountain being one of the most remote and inhospitable places on Earth, its threat today is of the opposite sort: its accessibility.”

Are There Degrees of Sin?

We know there are, but no one teaches the facts of it quite like R.C. Sproul. “The sin of pettiness, by which people begin to dwell on minor transgressions in the community, can tear the body of Christ apart. Great damage comes when it is fueled by the fire of gossip and slander. We are called to patience and tolerance towards the struggling failures of other Christians. It’s not that we’re called to be lax on sin…”

Here, from NBC News (whose position is likely made clear by the photo they used) is a roundup of the rapidly-changing abortion laws across the US.

All that Jesus and James and Solomon warned us about the power of the tongue can be extended to the power of our fingers as they dance over our keyboards and our thumbs as they tap out messages on our phones. Out of the overflow of the heart the fingers type. 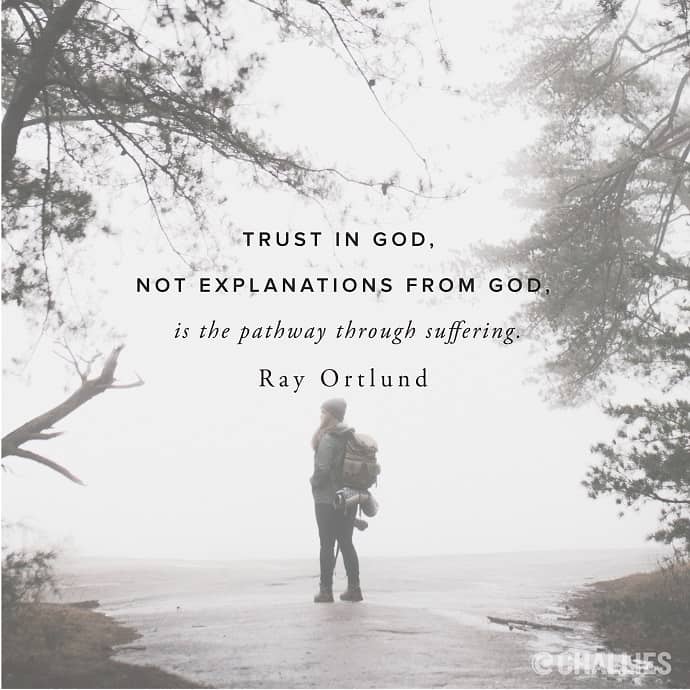 Trust in God, not explanations from God, is the pathway through suffering. —Ray Ortlund