Yesterday we received the happy news that churches in Ontario are allowed to open on Sunday (though at reduced capacity)! I’m so very thankful…

Today’s Kindle deals include all sorts of books, many of which are geared toward the academics among us.

(Yesterday on the blog: What If Marriage Isn’t Making Me As Holy As I Had Hoped?)

How Did Evil Begin? Pondering the Mystery of Satan’s Fall

John Piper ponders the origins of evil. Along the way he has to grapple with free will, the fall of Satan, the sovereignty of God, and other important subjects.

George Floyd and Me

I expect you’ll benefit from reading Shai Linne’s perspective on George Floyd. “So, brothers and sisters, in a nutshell, I’m so thankful for Jesus. I deserve to be consumed, but I’m not, because of God’s compassion. That’s what the cross and resurrection are all about. My pain and trauma are real. But my salvation, in a sense, is even more real, because my pain and trauma are temporary. My salvation is eternal. This is why I choose to focus on what I do in my music. It’s the glory of God, the supremacy of Jesus Christ, the centrality of the cross, and biblical theology that put my experience as a black man in America into its proper perspective.”

The Most Urgent Threat of Deepfakes Isn’t Politics (Video)

This video on deepfakes necessarily deals with adult situations, but does so without displaying anything pornographic. I, for one, am very concerned about the pain and havoc deepfakes may cause in the days and years ahead.

A Dark Cloud For Democracy

Carl Trueman: “In a time when the old narratives of identity are in crisis—when many no longer see America as the land of the free on a trajectory of endless progress but as a nation built on exploitation and slavery, and when many European nations have long since had their identities eroded by mass immigration and shame for their warmongering and colonial pasts—younger people relate to the history of their nations, and thus to their own national identities, more by way of repudiation and rebellion than by appropriation and affirmation.”

What Hath Gondor to do with Geneva?

“This post is a simple call for the people of God to mellow down a bit. Our citizenship is in heaven. Our allegiance is in Christ. Our ministry is the ministry of reconciliation. The world is already burning. It needs fire extinguishers, not firebrands. Be a healer who tends to the wounds of the fighters from both sides. Treat the wounded, speak words of life, and apply the balm of Gilead to the broken so that there will be healing for the wound of the people.”

Should We Tell Unbelievers That God Loves Them? (Video)

As I was preparing for the trip, I found myself wondering: Could there be anything related to Protestantism in the world’s most Catholic city? Feeling mischievous, I did some research, talked to a few people in the know, and decided to go looking. 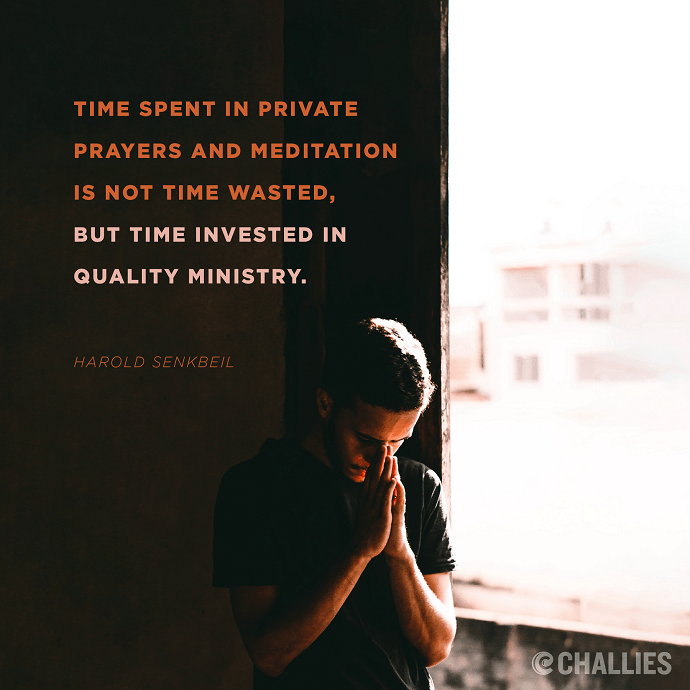 Time spent in private prayers and meditation is not time wasted, but time invested in quality ministry. —Harold Senkbeil