The Lord be with you and bless you today!

Today’s Kindle deals include a few odds and ends.

Logos users, I’ve got a couple of things to tell you. First, be sure to check out this month’s free and nearly free books. Second, Logos March Matchups is back and will lead to a huge discount on a commentary set, so get voting!

(Yesterday on the blog: Which Christian Best Portrays Christ?)

I kind of expect that by now most people are familiar with R.C. Sproul’s explanation of sin as cosmic treason. If not, here’s a good article on it. “Even the slightest sin that a creature commits against his Creator does violence to the Creator’s holiness, His glory, and His righteousness. Every sin, no matter how seemingly insignificant, is an act of rebellion against the sovereign God who reigns and rules over us and as such is an act of treason against the cosmic King.”

This is increasingly the case, isn’t it? Big tech has gained more power over citizenry than entire governments. “Facebook’s 3 billion monthly active users, its mountain of money and its control over the flow of information all put the company on an equal footing with governments around the world — and, increasingly, it’s getting into fights with them.”

Lance Ward lost his son a few months ago and, in this article, recounts how sorrow mingled with worship. “One of the hardest parts of October 17 was going to bed. The thought of waking up on the 18th was dreadful. What would it feel like to awaken to a nightmare, rather than from one? How would we get out of bed the next morning? Would we get out of bed at all?”

Remaining Faithful While We Wait

“Remaining faithful while we wait begins with daily surrender to God. This can be scary. When things don’t work out the way we want them to, we can feel as though we have to give up all our longings, our dreams, or our passions. Yet, when we open our hands in surrender to the Lord, his intention is not to take away our heart, but to satisfy us in the fullness of him alone.”

This is a beautiful little video about tadpoles. Yes, tadpoles.

This article explains how social media algorithms have become one form of today’s “Lady Folly.” “This makes us utterly vulnerable to the power of suggestion, cogs in the machinery of algorithms ever more sophisticated at keeping us distracted on their platforms. We are digital wanderers, and this is a dangerous thing to be. Without a purposeful direction in digital spaces, we’re open to whatever direction an algorithm thinks we’ll like—a ‘suggested for you’ movie, article, or YouTube video that will eat up a few minutes or hours of our time.”

Flashback: From Tabernacle to Stormtrooper Dance

How did we get from sober, serious worship to the lowest depths of megachurch tomfoolery? Why is it that so many churches seem locked in a race to the absolute bottom? 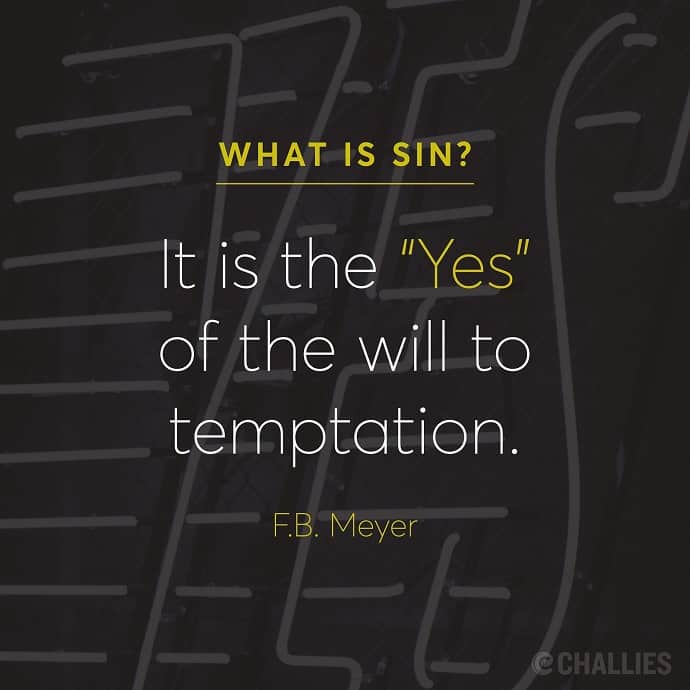 What is sin? It is the “Yes” of the will to temptation. —F.B. Meyer