An Open Letter to Someone Having an Affair

Brad Hambrick pens a letter to someone having an affair. “An affair is a relationship built on deceit and artificially fueled by the passion-allegiance of a shared secret and not having to bear the weight of day-to-day life. The story line of ‘forbidden love’ evaporates as soon as there are ‘shared responsibilities’ and no ‘them’ to keep ‘us’ apart.”

Walking Through a Graceless Door

“For centuries the Roman Catholic Church has had Jubilee years. It is a quick way to get many people to Rome. Boost the economy, give exorbitant amount of money to the church and sustain them for decades to come.” As it happens, 2016 is a Jubilee year.

Mike Leake helps put things in perspective. “As I scroll through my Twitter feed I’m thinking a bit about the coyote. Social media has the capacity to create a bit of coyote in all of us. It’s easy to overestimate our influence. The whole machine is designed to place us at the center of our own little universe. Twitter is especially prone to this.”

This is what Mike referenced in the article (above) with Trump calling out Russell Moore: Trump tweeted “Russell Moore is truly a terrible representative of Evangelicals and all of the good they stand for. A nasty guy with no heart!”

Questions Before You Lead a Meeting

“I want to grow in my ability to lead meetings – to run better meetings, and serve those I am meeting with. Here is my game plan for preparing for meetings that are productive and an encouragement to all who attend.”

This Day in 1886. 130 years ago today, Karl Barth was born. * (You may be interested in D.A. Carson’s Evangelical assessment of Barth.)

Supporting White Christians When They Attempt to Work for Racial Justice

I appreciate this from Jemar Tisby: “Even though ethnic minorities call for white, evangelical Christians to speak up and be allies for racial justice, their sincere attempts to do so often get the side-eye.”

How Much It Costs To Give Birth

This should be a simple question, right? How much will it cost to give birth in this hospital? But no, it turns out very difficult to find answers.

Flashback → Ordinary: Christian Living for the Rest of Us

I will still write this at some point. “I have had far more ideas rejected than accepted. Books on simplicity, the environment, evangelism, pornography and probably many more besides have received the trademark ‘Thanks, but no thanks.’ There is one that haunts me: Ordinary: Christian Living for the Rest of Us.” 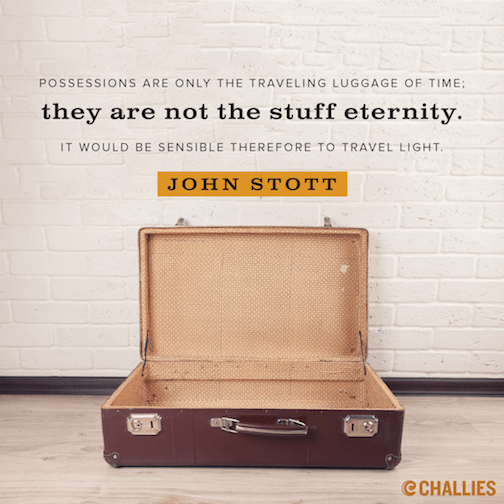 Possessions are only the traveling luggage of time; they are not the stuff of eternity. It would be sensible therefore to travel light. —John Stott