Today’s Kindle deals include the usual collection of weekly discounts from Crossway.

Facing Our Fear of Failure

“We never forget our spectacular failures; but more often than not, the fear, regret, and embarrassment evaporate, leaving behind the residue of a humorous story. After we have healed, what remains is the callous of proven resilience. At least, that’s how we should work through our failures in light of God’s sovereignty and goodness.”

The Best Weapon Is an Open Door

I’m being challenged by Rosaria Butterfield’s recent writing on hospitality: “If you believe that these are dangerous times, then you are right. The worldview du jour is called ‘intersectionality’ — the belief that who you truly are is measured by how many victim-statuses you can claim, with human dignity only accruing through the intolerance of disagreement of any kind. This has landed Christians squarely in a post-Christian world, where the highest achievement of personhood is this: the autonomous, independent individual finding meaning in nothing but himself. Thoughtful Christians know that the steady erasure of Christian tradition in the day-to-day fabric of life will mean, sooner or later, that Christians will find ourselves living like the early church in hostile Rome.”

Here’s Why Heads-Up Displays Are Bad

Just because we can do something technologically, doesn’t mean we should.

“With strikeouts at record highs and the likes of Jeremy Hellickson sniffing perfectos, baseball’s balance of power has officially shifted too far toward pitchers. What to do? Move the mound. Or … consider the rhombus.” No, just leave the game alone. It will correct itself over time.

The Hope of Forgiveness

This is a helpful article for those who struggle is assurance of salvation.

Benefits and Negatives of a Long-Term Pastorate

Here are some helpful reflections from a pastor who served for 45 years in one church.

“Earlier this week Iraq announced that a three-month-long U.S.-Iraqi intelligence operation led to the capture of five senior leaders of Islamic State (aka ISIS). The news is the first major announcement about ISIS since the Iraqi government declared in December that the country’s security forces had driven the terrorists from all of the territory they once held. While remnants of ISIS remain, their threat is significantly diminished, as is their potential for a resurgence. Just a few years ago, ISIS controlled nearly a third of Iraqi territory. What caused the rapid rollback? The answer may be found in a simple math formula.” How fascinating.

Flashback: When Your Testimony Just Isn’t That Good

Salvation is no more genuine to those who can clearly remember and recount the circumstances that led to their conversion. And I would go so far as to say that the “boring” testimonies of childhood conversions are the most blessed of all. After all, aren’t these exactly the testimonies we wish for our children? 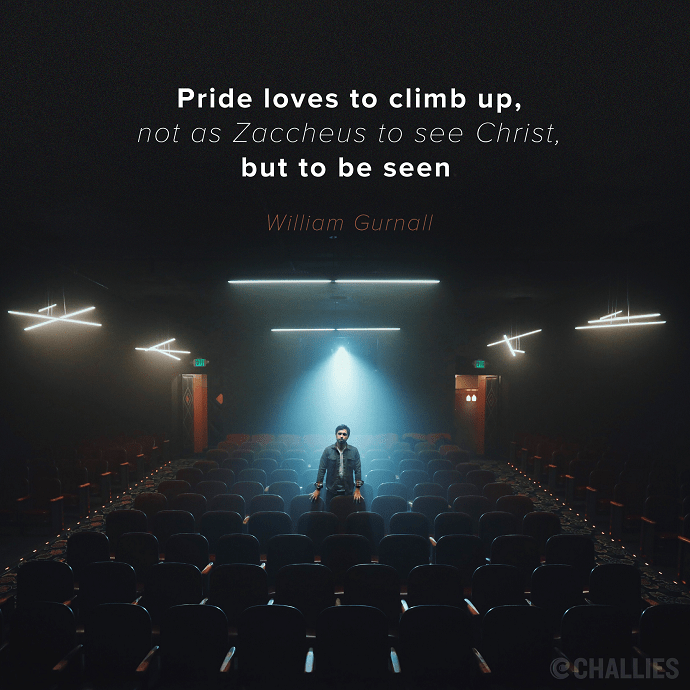 Pride loves to climb up, not as Zaccheus to see Christ, but to be seen. —William Gurnall