Today’s Kindle deals ended up being a pretty good collection that included some newer and some older books.

(Yesterday on the blog: The Road To Dawn)

You may have heard a few years ago that a new first-century fragment of Mark had been discovered. Here Daniel Wallace provides a long-awaited update (and apology). Turns out it’s not quite as exciting a discovery as we had been promised.

This is another interesting video for the baseball fans out there. It describes the utter basepath dominance of Rickey Henderson.

The Sad Decline of Barnes & Noble

The bookstore seems to be going the way of the dinosaur, and it’s a sad thing to see. “The iconic bookstore chain, by trading books for cafés and Legos, has forgotten its telos and guaranteed its downfall.”

The direct context here is Australia, but a similar story is being told all over the world. “Liberty is…a marathon and not a sprint, and the task of freedom requires vigilance and perseverance if it is to be sustained.”

“What our kids are stumbling on isn’t your grandfather’s pornography. These aren’t Playboy magazines stashed under a teenage boy’s bed. These are raw, violent, and nauseating videos that they don’t have to sneak into a store for.”

R.C.’s article is valuable for a few reasons, but I especially appreciate the comparison of guilt to physical pain.

The Wretched Art of Loveless Discernment

Exactly: “For some Christians, what begins with a healthy interest in discernment can end in an unhealthy addiction to gossip and debate. Many of them manifest a cruelty in how they go about condemning error. There’s an almost giddiness when they get to call someone ‘false teacher’ and a haughty attitude of superiority. These things ought not be so.”

When it comes to prayer, there are few people I would rather learn from than Joel Beeke. He has spent most of his life as a student of the Puritans and has often written about their commitment to prayer and their practice of it. 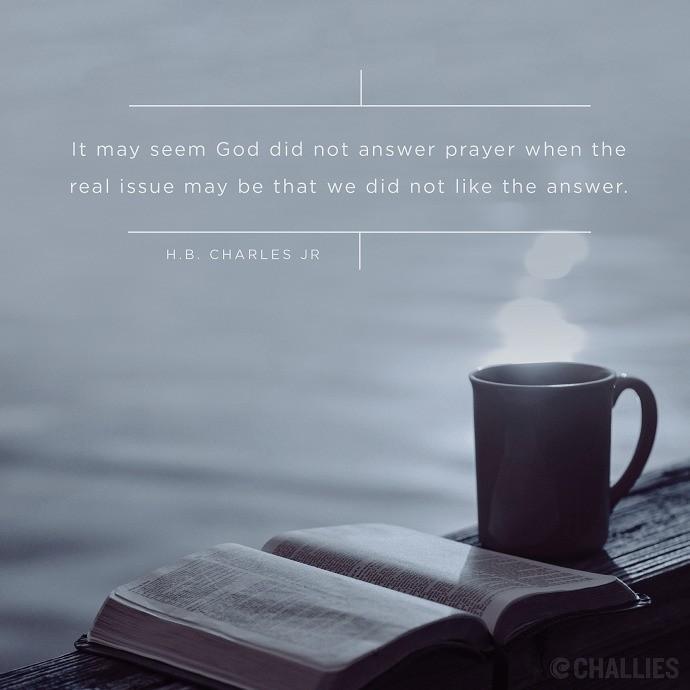 It may seem God did not answer prayer when the real issue may be that we did not like the answer. —H.B. Charles Jr