It has been a good few days for Christian writing and I’m glad to share a roundup of some of the articles I’ve discovered in my online wanderings.

Over at Westminster Books you’ll find a discount on Kevin DeYoung’s new book.

There is a number of Kindle deals to glance at today.

The Tearing Apart of Convictional Civility

“Something has changed in the air of evangelicalism in recent years. Once-aspirational words like ‘winsome’ and ‘thoughtful’ or descriptors like ‘nuanced’ and ‘kind’ now trigger an attitude of dismissiveness and sneering from many on the right.” Trevin Wax shares some really good thoughts here.

Eddie reminds us that the style of our preaching is culturally determined. I love this: “it is one of the anomalies of systematic expository preaching that preachers will take one of Jesus’ wonderful self-explanatory parables and turn them into three tightly argued (alliterative) points.”

“Why did God approve of Abel’s offering, but not Cain’s? It’s not a simple question to answer, especially if you limit yourself to the facts of the story as told in Genesis.” Rebecca offers a compelling take on the matter.

Joe Carter has one of his FAQs to provide a framework for understanding the report about abuse in the SBC. “On Sunday, a 288-page report commissioned by the Southern Baptist Convention was released that finds allegations of sexual abuse were ignored or covered up for nearly 20 years by senior members of the denomination’s Executive Committee.”

I enjoyed this article about a father and his daughter.

Flashback: 5 Warnings to Those Who Merely Pretend To Be Godly

There is in each of us a dangerous temptation toward hypocrisy, to be one thing but to pretend to be another. 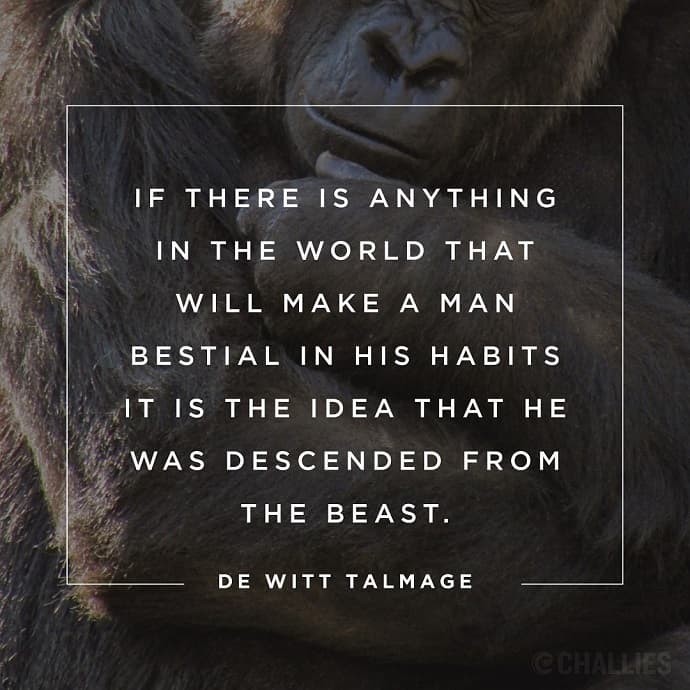 If there is anything in the world that will make a man bestial in his habits it is the idea that he was descended from the beast. —De Witt Talmage