Good morning! The Lord be with you today.

I only dug up a couple of Kindle deals today, and will hope for better things as the week goes on.

(Yesterday on the blog: A Family Update, Six Months Later)

I Could Never Do That

This is a good insight from Amy Medina, and one that probably applies to each of us in different ways. “The truth is, sometimes we say, I can’t when really what we mean is I won’t. It just feels so much better–to ourselves and the people around us–to say I can’t.”

Honour Your Mother: The Practical From the Biblical

Ian Carmichael: “Mother’s Day matters threefold for me—I have a mother, my wife is a mother, and my daughter is also now a mother. So, better late than never, I thought I’d turn my mind to the Bible to see what it says about how I should relate to my mother.”

9 Things You Should Know About Child and Infant Mortality

Joe Carter offers nine things you should know about child and infant mortality.

We Must Learn the Skills to Resist Sexual Temptation

Randy Alcorn: “How do we resist the devil, particularly in the area of sexual temptation? We all have to learn the skills of resisting temptation, because we’re not naturally good at it. I’ve seen a lot of Christians, younger and middle aged and older, end up in sexual immorality. I’ve seen marriages and lives destroyed.”

Why the Reformation Still Matters

“Not much has changed in the last five hundred years in the Church of Rome. It has become larger, stronger, and more theologically erroneous. Today, many Protestants, especially evangelicals, have never darkened the door of a Catholic church, unless it has been for an occasional funeral. However, as a historian of Christianity, it has been my burden to understand the history of professing Christianity with all its warts and virtues.”

“We typically start in the shallow end with simple questions like ‘How are you?’ or ‘How has your week been?’. We gauge the ‘temperature’ of the other person and their response as we try to think of a follow-up question. The problem is, if you are anything like me, it’s amazing how easy it can be to keep conversations in the shallow end of life…weather, food, national news…but never end up getting to the deep end where true conversational refreshment occurs. It’s not because we don’t want it, we just aren’t sure how to get there.”

I enjoyed this brief, sweet reflection on home.

Repentance is our duty before God, but one we are prone to delay. But when we think of the uncertainty of time and its sheer brevity, we will see the danger of delaying. 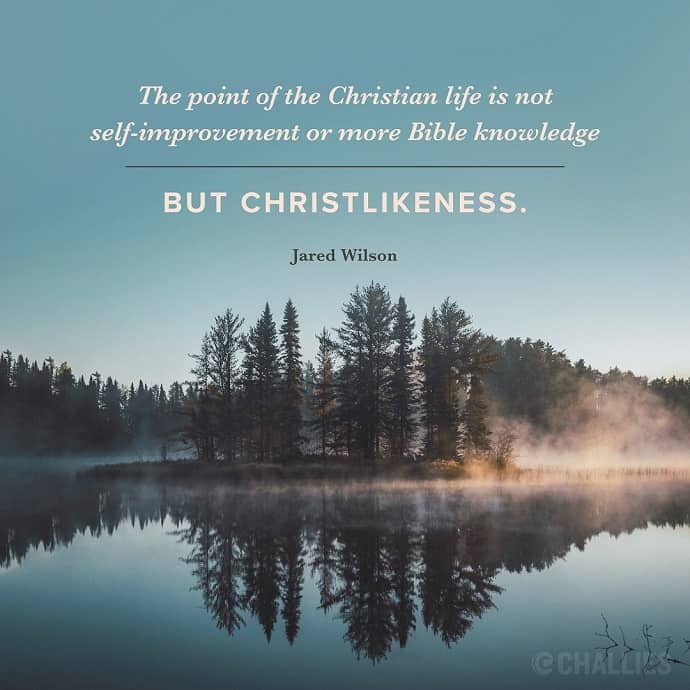 The point of the Christian life is not self-improvement or more Bible knowledge but Christlikeness. —Jared Wilson