Today’s Kindle deals include a selection of books about heaven.

(Yesterday on the blog: His Mercy Is More — Some Lyrics Last A Lifetime)

The Wiersbe Option – An Appreciation

I appreciate this appreciation. “Wiersbe challenges me to see that any work not done in the service of God and his people is ultimately vain, that whatever powers God might give to his people, and whatever calling he might place on them, our time is never wasted in putting our arm around ordinary Christians and helping them along the path.”

The Gospel is Offensive, But You Shouldn’t Be

This is an important distinction, isn’t it? Our goal is to be personally inoffensive even as we preach an offensive message. “We must stand behind the fact that the gospel will offend. We must not cower in fear of being offensive. However, sometimes we fall into the trap of being offensive ourselves. That is, we sometimes add to the offensiveness when we act like jerks in the process.”

We ought to be considered about how Facebook is taking more and more power (which is to say, how we are giving Facebook more and more power). “Facebook’s speech rules were already vague and malleable. And now the platform is apparently evaluating at least some of its users actions off its pages. This means a person can potentially face social-media bans even if they comply with every syllable of the company’s speech rules on the company’s platform.”

Your Phone Isn’t Recording Your Conversations

You know that spooky feeling where you talk about something and suddenly see ads for it on Facebook or other sites? You might be tempted to think your phone is listening, but what if the reality is even scarier? What if these companies know you so well that they know what you’re going to talk about before you do?

30 Minutes Or Less: Why Less Is Sometimes More

“I’m not against 45 minute sermons. I’m not against them, any more than I’m against a 60 minute preach; or one that’s done and dusted in 20 flat. Despite what people tell you there isn’t a rule about sermon length. What needs to be applied is wisdom – something that is always more complicated than law.”

Scott Watkins: “Recent unexpected moments of grief have reminded me of the importance of lament. Whether by journaling, writing short prayers or poems, or listening to heartfelt music, lament reminds me that God is not absent in the troubles of my life. Without God’s presence and the comforting promises found in the Bible, my grief would only end in despair. In lament, I can admit my troubles with boldness by telling God these circumstances are too much for me.”

Flashback: What Should We Do with Books by Fallen Leaders?

What do we do with material associated with a leader who has since justly been removed from his position after committing some act or pattern of disqualifying immorality? What should we do? 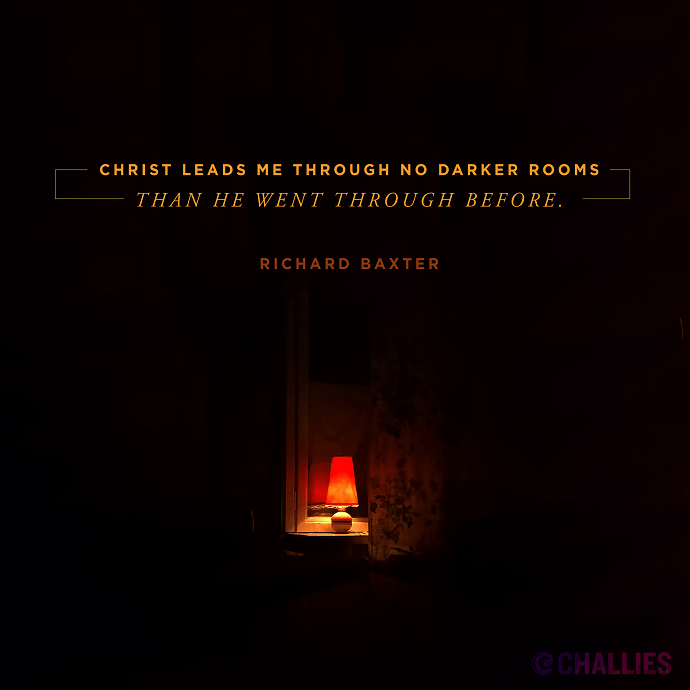 Christ leads me through no darker rooms than He went through before. —Richard Baxter