Today’s Kindle deals include a little grab bag of this and that (with Diarmaid MacCulloch’s excellent history of the Reformation in the mix).

This week’s deal from Westminster Books is a new book by Tim Keesee (for which I provided the foreword): Company of Heroes.

Where Do You Park Your Car at Church?

The little things matter—even things like where you park. “We’ve been shown mercy and brought together to be the impressive image of Christ in the world. We’re called to be people who lovingly serve others for the glory of God. Let’s make sure that our attitude, seen in all we do together before, during and after we reflects who we really are: the body of Jesus.”

Ivy Chui writes about the missionary life. “As I’ve entered long-term missions, I’ve realised it’s not always natural for me to love the people I serve. I’ve found it’s possible to be on the mission field and do all the work but at the same time, not love the people. Instead, I’m there simply to fix a problem. Trying to understand people’s situations, but not wanting to really relate to them. Standing a safe distance away from the ‘untouchable.’”

The Birdman of Chennai (Video)

This world is full of beautiful creatures and fascinating people. This little video introduces “The Birdman of Chennai.”

Are Your Church Structures Undermining the Gospel?

I think the point may be slightly overstated here, but it’s still worth considering. “For too long now we have allowed our structures to cut our legs out from under us. We have made compatibility the focus of our gatherings rather than the communion we share in Christ. In doing so, we have made church a place where—in all our efforts to give people a place to belong—we’ve actually excluded them.”

Al Mohler covers Facebook’s most recent attempt to filter content. “This social media age is indeed in a politically delicate moment and Facebook’s decision comes as a massive, precedent setting move with sweeping moral implications. As the world has moved to platforms like Facebook to stay connected and share information, these freely-operated, privately owned companies now have the enormous responsibility of functioning as an arbiter—deciding what speech is allowable speech and what speech is classified as extremist hate speech. Facebook has granted itself a powerful authority to decide which voices will be heard on its platform with a staggering 2.3 billion users.”

Church Membership: Following the Lord Together

The new issue of the 9Marks Journal has just been released, and it deals with church membership. There’s a ton of great material to read!

The Greatest Archaeological Discovery of the 20th Century

Justin Taylor has adapted an interview to serve as an introduction to the greatest archaeological discovery of the 20th century.

Flashback: Matt Chandler’s Radical Reminder that “God Is For God”

Instead of stirring up the crowd and then gloating in their applause, Chandler took the opportunity to bring them low in humility so that God could be exalted. It was not just the right message. It was the right message at the right time. 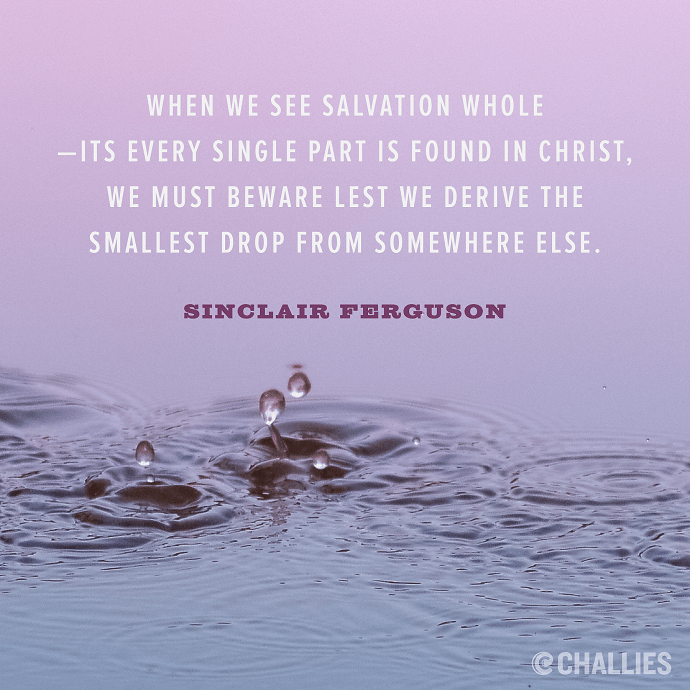 When we see salvation whole—its every single part is found in Christ, we must beware lest we derive the smallest drop from somewhere else. —Sinclair Ferguson