May the God of love and peace be with you today.

This is quite a deal from Westminster Books: the beautiful 6-volume ESV Reader’s Bible at 80% off!

(Yesterday on the blog: I Knew It!)

Denny Burk had a telling back-and-forth with Kristin Kobes Du Mez and writes about it here. What I found most interesting was his four-step pathway to deconstructing the traditional Christian teaching on homosexuality. “Evangelicals who deconstruct the Bible’s teaching on homosexuality often adopt a new definition of marriage. I have noticed a pretty consistent progression among those who eventually embrace gay marriage. It goes like this…”

The Supreme Court Case that Could Overturn Roe v. Wade

“Abortion is one of the most contentious and perennial topics in American political discourse. But it’s much more than a political concern—the topic of abortion prompts deep moral and theological questions. What do pastors need to know about the Dobbs case so they can educate and prepare their congregations for the national conversation about abortion that will follow?” David Closson and Tessa Longbons answer at TGC. (See also: Did the Early Church Oppose Abortion?)

Clint Archer is posting several chapters’ worth of content from a now-out-of-print book he contributed to a number of years ago titled Things that Go Bump in the Church. This chapter looks at demons.

“Sometimes, giving thanks is an act of courage. It is a stake driven into the ground of our suffering. It is a declaration that darkness will not win the day; that it will not win in us. Giving thanks is also a powerful act of defiance in a culture steeped in selfishness. Gratitude forces us to face the darkness and disarm the demons of discontentment and complaint.”

What We Pray in the Dark

Glenna Marshall: “It was 1:30 a.m. Pain seared through my lower back, wrapping itself around my S. I. joints and radiating into the deepest part of my hips. I moved from bed to couch and back, rearranging the pillows a dozen times, applying ice and heat wherever I could. There was no relief. None.”

Why Do We Have The Baptismal Process We Do?

I appreciated Stephen Kneale’s look at his church’s extensive baptism process and his defense of taking this so seriously.

Flashback: 5 Ugly Qualities of the Anti-Elder

There are millions of men who are great teachers and great leaders and great C.E.O.’s, but still completely unsuited to leadership in the church. God’s standards are very, very different. 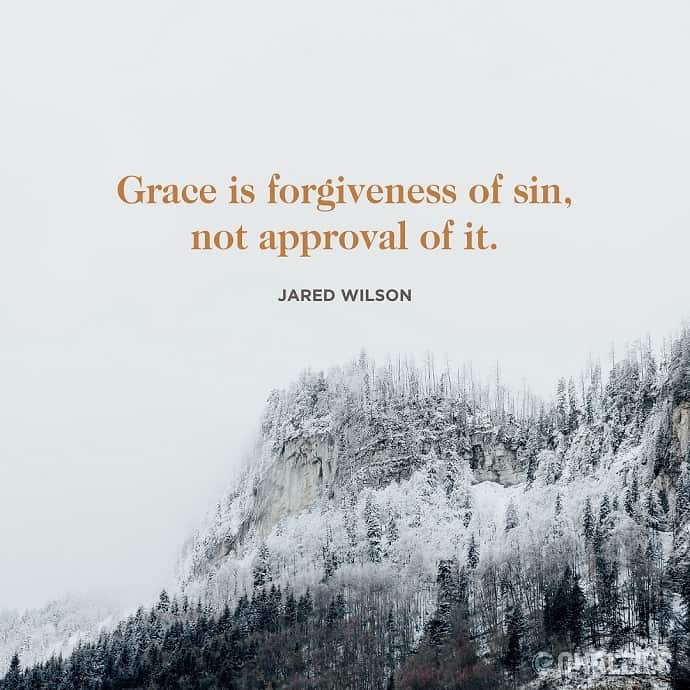 Grace is forgiveness of sin, not approval of it. —Jared Wilson