There’s a nice and rather eclectic collection of Kindle deals today. Most of these deals last just a day or two, so be sure to check often.

From Silence to Complexification to Capitulation

Kevin DeYoung explains “why evangelical surrender on LGBTQ is almost never a surprise.”

Lauren Washer describes a terrifying day. “‘911, what’s your emergency?’ I tell her our son is choking and we cannot help him. He has Down syndrome. Please, hurry. I give her our address, and tell her we live just down the street from the fire department. On the corner. The green house. He has Down syndrome, he doesn’t know what’s happening, and he can’t communicate to us what he’s thinking or feeling.”

3 Ways to Turn Against Your Pastor

Jared Wilson describes ways that people turn against their pastor. “Most people don’t set out to dislike their pastors. Something just happens. ”

Stop Throwing Pastors Under the Bus

In a similar vein, Brent McCracken wants people to stop throwing their pastors under the proverbial bus. “I’ve noticed an increasingly prevalent genre of online evangelical Christian commentary in which pastors are shamed because they’re insufficiently vocal about this or that outrage or not militant enough in the culture war. Increasingly, it seems, there’s a lot of social media mileage in throwing pastors under the bus.”

What Does My Dog Think I Do All Day?

“If I can’t explain ‘work’ to my dog, I certainly can’t explain quantum mechanics to an ant. They are so small, we barely inhabit the same world. Their perspective is totally different, their senses operate on a completely different scale, and their brains are so very tiny. I submit that ants are much closer to humans in intellectual ability than humans are to God.”

Life Together as One

I thoroughly enjoyed this simple account of two people meeting and marrying.

Flashback: 6 Reasons For You To Consider Writing

The best writing seems to come from those who have developed their talent in writing and then fostered the gift of teaching. Put together, they are a valuable means of serving other believers. 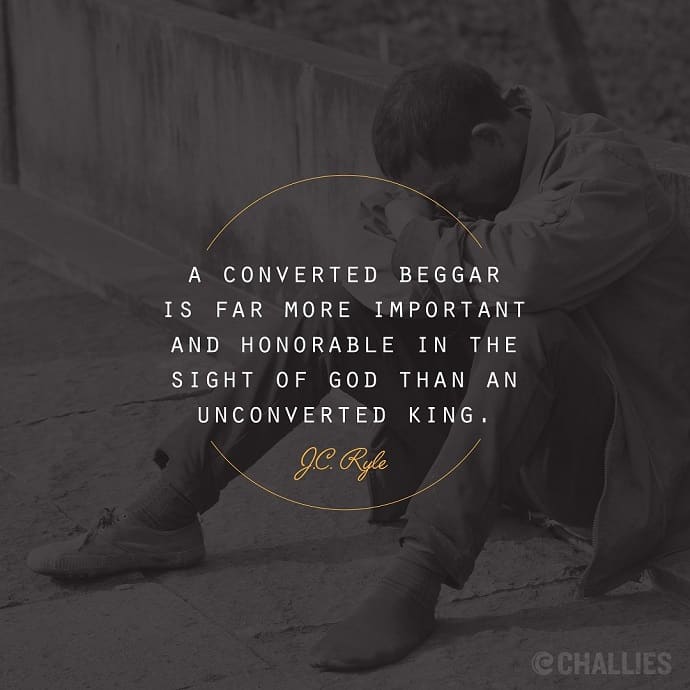 A converted beggar is far more important and honorable in the sight of God than an unconverted king. —J.C. Ryle