There’s a nice little list of Kindle deals to start the week!

3 Causes for Political Tension between Christians

“What are some disagreements that affect your heart’s posture or that hinder fellowship with another person in your church? Maybe you feel scorn. Maybe you are angry that they support a cause that you are convinced is unjust. You might even find yourself questioning their profession of faith: ‘How can they be Christians and support that?!'” Jonathan Leeman and Andy Naselli offer “three reasons such skepticism arises in our hearts amid such disagreements.”

You may enjoy this video celebrating the humble starling. “It is considered to be one of the most thrilling displays of animal behavior on earth – a hundred thousand starlings in flight. These small birds gather into highly coordinated formations, while moving at speeds up to 50mph. But how is such precision possible without instruction or practice?”

The Protestant Reformers such as John Calvin labored to return the sixteenth-century church to God’s authoritative Word. Through Reformation Day, October 31, The Necessity of Reforming the Church Resource Bundle from Ligonier Ministries is available for preorder for only $30. Save more than 35% on this bundle containing W. Robert Godfrey’s new teaching series, The Necessity of Reforming the Church, and John Calvin’s classic treatise defending the Reformation. Preorder now to ensure that you receive these companion Reformation resources in early December. (Sponsored Post)

Grace is not a “Thing”

What is grace? Well, for one, it’s not a thing, as this article explains.

God Wants You to Call Him “My Father”

Ed Welch: “We will never understand why our creator and rescuer would want to serve us, forgive us, be with us, and be called ‘my father.’ But it is true. Your God is eager for you to. He loves it. It pleases him.”

The Bible is a Big Book with Lots of Words

“I want to bleed Bible. Don’t you? I want, when somebody cuts me open, my guts to spill out in Bible verses.” Jared Wilson explains what he means.

Did God Choose Which People He Would Save? (Video)

“If God were not absolutely sovereign over salvation, all hope and assurance in the Christian life would be lost. Watch as Ligonier Teaching Fellow Dr. Stephen Nichols addresses the fact that only 38% of American evangelicals agree with the biblical doctrine of sovereign election.”

Flashback: Things Christians Just Don’t Get To Do

As a Christian you do not get to have a pet sin, a peccadillo, a sin you refuse to confront through the power of the Holy Spirit. Every sin, no matter how small or precious it seems, is to be confronted and destroyed. 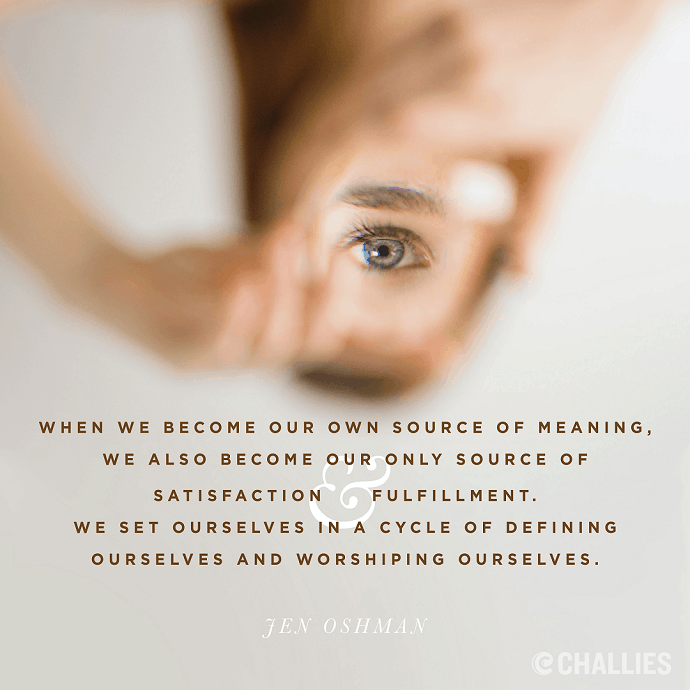