You may enjoy “No Other Work,” a new EP of hymns from Redemption Hill Music that’s available for free through the usual channels.

This is a wonderful piece of writing from Barry York. “The table sat in the back corner of my parents’ large family room, surrounded by the paneled walls and sitting on the shag carpet so prevalent in the seventies. Seated on a wood base, the octagonal top had a vinyl pad with felt underneath to protect the wood. Four low-set wooden chairs, with oatmeal colored padded backs and seats for cushion, were set on caster wheels that did not function all that well on the shag. Though occasionally we used the table for a game or snack, its greatest use seemed to be for Dad’s poker games.”

Tying Up Truth with Threadbare Ribbons

It’s always a joy to read Lore’s articles. “I lament the shift that happened in my life that catapulted me prematurely into places I didn’t belong. There were far more faithful, stalwart, and mature believers around me who had been tested and proven in a way I hadn’t. I had good ideas and a swift pen. I had a quick mind and a slow tongue. I had ready hands and no depth behind them. Maybe that’s all excessive, I am not given to seeing myself in fully honest ways. I think I meant well, truly thought I was doing good and right, was surprised to see so much affirmation poured on me. I didn’t mean to get ahead. I just did. I was very much the same person as before, still writing voraciously, but now that writing was being seen where before it had only been practiced.”

Wildlife Photographer of the Year

As you might expect, there are some incredible photos in this collection from London’s Natural History Museum.

He Must Increase; Our Churches Must Decrease

Jared Wilson: “See, nobody ever said, ‘We changed our music style and revival broke out.’ Nobody ever said, ‘We moved from Sunday School classes to small groups and the glory of God came down.’ Nobody ever said, ‘You would not believe the repenting unto holiness that happened when our pastor started preaching shorter sermons.’ No, all those things and more can be good things. Done for the right reasons, those can be very good moves to make, but the glory of God is best heard in the proclaimed gospel of Jesus Christ. So that’s where the glory-aimed church is going to camp out.”

Stephen McAlpine exposes some of the utter insanity unfold in the culture around us. “I’m tempted to just get out the popcorn and sit and watch the train-wreck, but it’s too sad for that. It’s just a sign of the cultural/intellectual suicide we’re seeing in a society that has no base other than the individuated self. The bodies – whatever gender they deem themselves to be – will start to wash up on our cultural shores at some stage. I just hope there are enough people willing to care for these broken, confused souls.”

Snails are the second deadliest creature in the world.

Here, courtesy of an interview with TGC, are some valuable leadership lessons from Chick-fil-A.

Flashback: Have You Committed The Unpardonable Sin?

Have you ever wondered if you have committed that one unpardonable sin the Bible talks about? A lot of people spend a lot of time really concerned about this, so it may do them good to listen in as I talk about why I think it’s unlikely they have committed it. 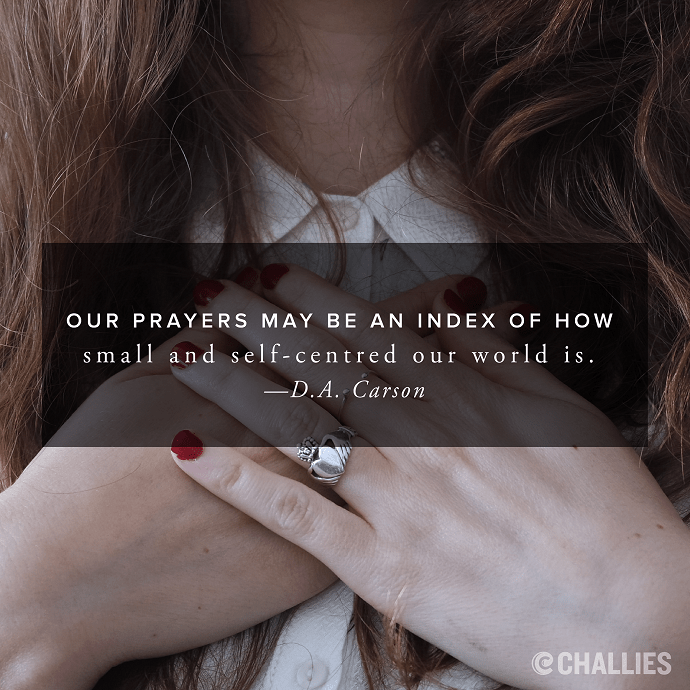 Our prayers may be an index of how small and self-centred our world is. —D.A. Carson