It’s not the most exciting day ever for Kindle deals, though there are at least a few to look at.

2 Reasons Bully Pastors Rise Up in the Church

Yikes! “our definition of a leader now is—strong personality, quick witted, forceful, domineering, able to win the day in a discussion or argument, can cast vision and collect people. I’m going to say this: no wonder we’ve produced a culture of ministry bullies who mistreat people.”

Kevin DeYoung continues to work through his theological primer (and announces that it will soon become a book). This entry is on “religion” and I’m glad to see he addresses the way the word is so often used in a disparaging sense today.

This is true and important. “If we are not growing in our faith and knowledge of the word or, in other words, if we are not maturing in the faith, then there are consequences. There will be certain teaching from Scripture that is helpful and beneficial that we will not be able to understand and apply. Spiritual immaturity squelches our powers of discernment.”

Now We Can’t Even Watch Football

Melissa says, “I miss the days when Christian people could be compelled to refrain from doing something based on their own personal convictions, without imposing their convictions on everyone else as if they are gospel truth for the entire world.”

Privilege, Oppression, Intersectionality and the Church

Andrew Wilson has written an extensive post on privilege, oppression, intersectionality, and so on, and makes a number of good points along the way. “The terminology is slippery, confusing and hotly contested (section I). Things are moving so fast that it is hard to keep up (section II). In some cases we are being asked to accept ludicrous ideas that are self-evidently false. We may therefore be tempted to ignore it, especially since it is mostly concentrated in cities, universities, journalism and antisocial media (at least for the moment), although on balance it is important that we don’t.” (See also Denny Burk’s Is “Systemic Racism” a Useful Category for Christians to Use?) (Update: for those wondering, I enjoyed most of Wilson’s article, but would disagree with a few points, especially related to his use of “sexual minorities” and some related themes. Still, I thought it was worth including, especially for its early paragraphs.)

From Protest to Praise

Kristin writes about her protests and how God views them.

The Science of Male and Female

“Being a man or a woman shouldn’t be a riddle, wrapped in a mystery, hidden inside an enigma. No, if ‘biblical manhood and womanhood’ is going to genuinely persuade people today, Christians have to show that it’s normal. Not normal judged by the changing standards of society, of course, but normal in the sense that it makes sense of the way the world actually is. Biblical sexuality is normal because it’s just how God made the world. Biblical sexuality is natural.”

Flashback: They Call It “The Rock”

A couple of weeks ago I had the privilege of spending some time in Newfoundland—Canada’s easternmost province (and the easternmost point of North America). It was a joy to be there and to explore some of what the Lord is accomplishing through his people. 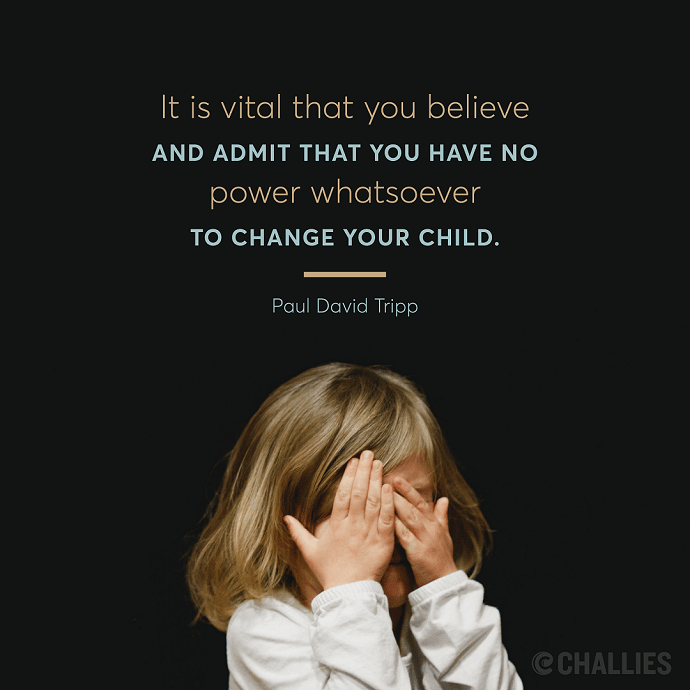 It is vital that you believe and admit that you have no power whatsoever to change your child. —Paul David Tripp