I’ve been hearing good things about the new Bavinck biography by James Eglinton. It’s on sale this week at Westminster Books if you want to check it out.

(Yesterday on the blog: Is Soft Totalitarianism Coming to America?)

The Shoulders of Giants, the Counsel of the Wise

Nick Batzig: “When I was a young man, my father used to tell me, ‘Never be quick to praise the living, because the living are subject to change.’ In just over a decade and a half in ministry I have seen more shooting stars come and go than I can remember. While garnering large crowds and even larger accolades, such men boasted of their ministries, accomplishments, and supposed movements. They set themselves up as leaders of a generation of zealous yet directionless young adults.”

How to Stop Hating Yourself

Here are some good things to ponder for people who are consumed with self-hatred.

Matthew Hosier wrestles with sincerely praying for a leader he struggles to respect. “I didn’t think much of the PMs speech. And yet the word of God instructs me to pray for those in authority. More than that, it tells me to do this with thanksgiving (1 Tim. 2:1). It’s easy to pray for, and give thanks for, people in the abstract. It’s also easy to do it for those with whom we are in agreement and who we like. It is much harder when it is not abstract, and when we don’t like what the authorities are doing. But the command doesn’t change!”

Clarity in an Age of Confusion

“Not again, I thought to myself as I scrolled my news feed and read an article about a Christian leader ‘deconstructing’ their faith. In recent years, several Christian leaders have boldly taken a stand for a message that is contrary to the gospel and in stark opposition to Scripture. I’ve also watched leaders and ‘Instagram influencers’ claim Christ while also teaching a worldview that is the direct opposite of what Christ lived and taught.”

Lisa LaGeorge considers the beauty that we can find when we are directed from plan a into plan b. “Our lives rarely go the way that we think they will. Some of you have lost children to miscarriage, to rebellion, or corrupt court systems. Some of you struggle with infertility. You were widowed or abandoned. Your spouse walked away from the faith. You lost a job or your health. None of that was your plan. And now 2020 seems like a microcosm of all the things that we don’t want–pandemic, political turmoil, injustice, and natural disasters on top of everything else.”

CMI recounts some of Darwin’s experiments with pigeons and what he really learned from them.

Prominent Evangelical Church Is The First To Sue D.C. Over Covid-19 Worship Limits

Flashback: The End of the World As We Know It: An Infographic

Of all the many requests we’ve had for infographics, none has been as consistent as the request for a visual presentation of the different views of the end times. And for good reason–it is a complicated and much-debated subject. 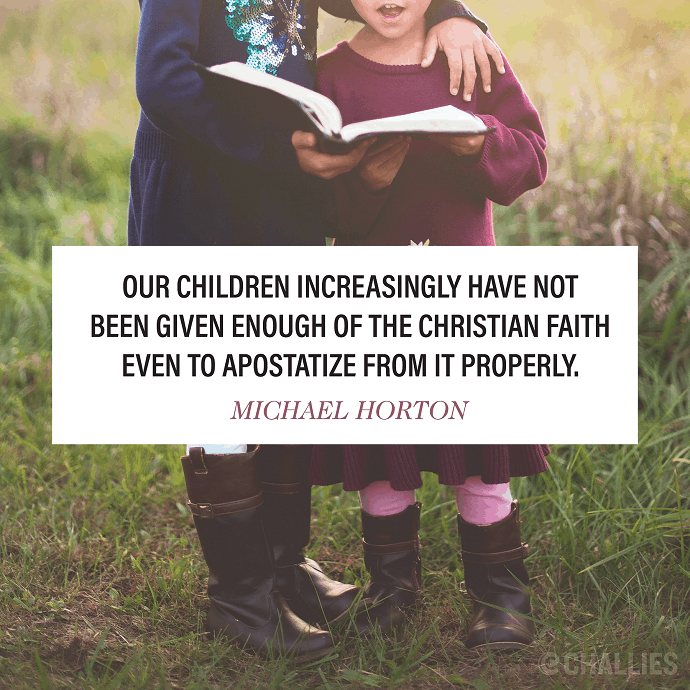 Our children increasingly have not been given enough of the Christian faith even to apostatize from it properly. —Michael Horton