BBC Earth Titles – Today only Amazon has a lot of BBC’s Earth titles up to 79% off. They include Planet Earth, Life, Frozen Planet, etc.

Africa Needs a Whole Lot Less of Joel and a Whole Lot More of Rick – Here’s a response to Victoria Osteen that comes from the mission frontier.

The Simple Technology That Accidentally Ruined Baseball – Baseball fans will enjoy this one.

The Abomination of Desolation – The Gospel Coalition turns to Daniel Doriani to ask, “What is the abomination of desolation referred to in Matthew 24?”

What Kind of Procrastinator Are You? – Here’s a simple flowchart to figure out how and why you procrastinate.

InterVarsiety De-Recognized – This seems to be increasingly common: Universities refusing to recognize Christian campus organizations (or, in theory, other organizations that involve some kind of exclusivity).

May I Marry for Looks? – Clint Archer pens a letter geared toward young men.

“Busy” isn’t about the accumulated number of hours we work, its about the nervousness of our hearts. —Justin Risedorf 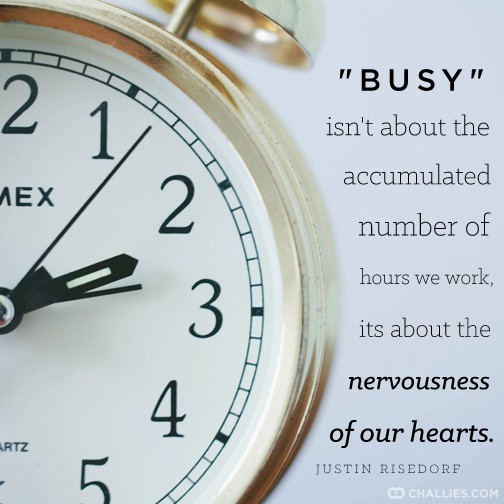