Today’s Kindle deals include just a few deals, but on some excellent books.

Check out Westminster Books for great deals on ESV Bibles.

Dr. Gregory A. Wills answers the question: Are Catholics Christians?

What Happens If Catholics Think the Pope Is a Heretic?

Speaking of Catholicism: “The Church of Rome is not a monolith, and even Popes polarize the assessments of the Catholic people. But what happens when negative voices become more frequent, more outspoken, more radical in their criticism, as seems to be the case in recent months?”

Old Foghorn Being Revved Up (Video)

This is a very important case here in Canada. “Trinity Western University’s plans to launch a law program—a first for a Christian institution in Canada—were stalled for four years, as the school faced legal challenges over its campus covenant, which bars sexual activity outside of traditional marriage. Law societies in three Canadian provinces argued that the school policy discriminated against LGBT students, and refused to accredit future Trinity Western graduates as a result.”

How Congregational Singing is an Act of Witness (Video)

This is a wise article written from a distinctly Christian perspective.

Flashback: The Counter-Cultural Vocation of Homemaking

We received an email from one of Nick’s teachers, sent to all the parents: “I would like to invite parents to come to our class to speak about the career they chose. I want to expose the student to a variety of careers and experiences. Would you like to come and speak to us?” My very first thought was for Aileen: “I think you should go as a stay-at-home mom.”

I’m grateful to Crossway for sponsoring the blog this week. 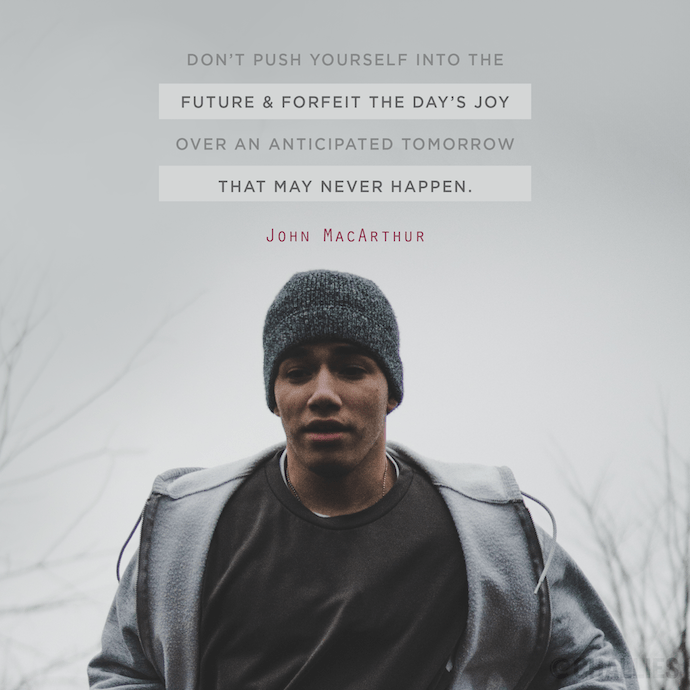 Don’t push yourself into the future and forfeit the day’s joy over an anticipated tomorrow that may never happen. —John MacArthur