Today’s Kindle deals include a couple of those classic must-read books.

“All around the world, people seem to spend the week between Christmas and New Year’s in a sense of reflection. It makes sense that as another year closes and is slid onto the shelves of memory that we take one last moment to flip back through it’s pages and remember with bittersweet fondness the stories that ended and the ones that have just begun. That is just what I have sat down to do. If one thing rings out true amidst the beauty and sorrow of this last year, it is that God does indeed keep His promises.”

To Serve God in Heaven Will Be a Great Reward

Randy Alcorn: “Service is a reward, not a punishment. This idea is foreign to people who dislike their work and only put up with it until retirement. We think that faithful work should be rewarded by a vacation for the rest of our lives. But God offers us something very different…”

Here from Smithsonian are twelve interesting historical finds from 2019.

A Simple Question for Complementarians

Joe Rigney describes the two “ditches” on either side of the complementarian discussion. “Though everyone acknowledges slippery slopes, we often disagree about which slope is most slippery. This is because two people united on paper often still pull in different directions. Their positions are the same, but their suspicions are different.”

Advertising is so ubiquitous in our public spaces that we can’t even really imagine what it would be like to have it gone. Some people in France are trying.

How Malaria Was Eradicated In The U.S. (Video)

We associate malaria with tropical countries, but it wasn’t too long ago that it was a serious problem in Europe and North America as well.

“It is through our willingness to bear the sufferings of others that people will see Christ. As we do, we become a pleasing aroma to God and the ones we love. The prevailing aroma of Christ pours forth in and through us.”

Flashback: How To Make A New Year’s Resolution That Sticks 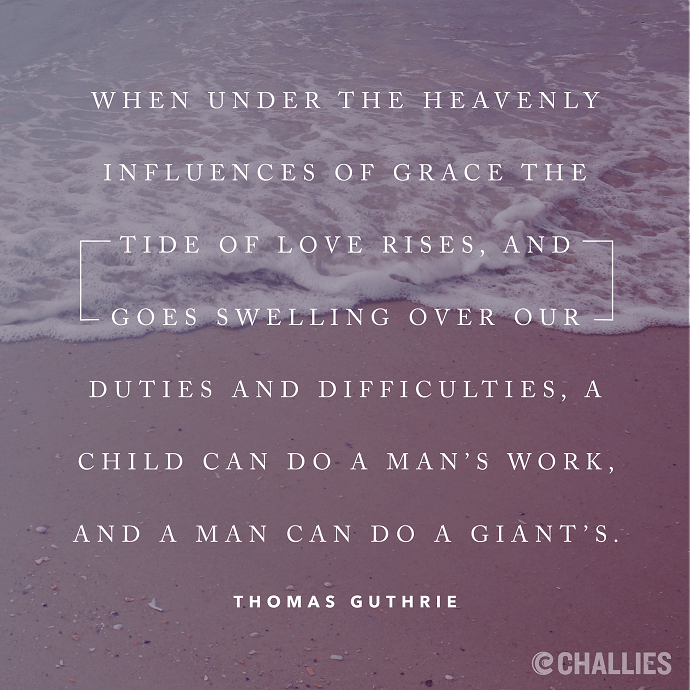 When under the heavenly influences of grace the tide of love rises, and goes swelling over our duties and difficulties, a child can do a man’s work, and a man can do a giant’s. —Thomas Guthrie.