(Yesterday on the blog: Seven Key Lessons in Diversity from Grace Fellowship Church)

How the Mom Internet Became a Spotless, Sponsored Void

This is a fascinating read (at least to me, a blogger): “More than 260,000 people follow Amanda Watters, a stay-at-home mom in Kansas City, Mo., who describes herself on Instagram as ‘making a home for five, living in the rhythm of the seasons.’ Her feed is filled with pretty objects like cooling pies and evergreen sprigs tucked into apothecary vases, with hardly any chaos in sight. This is the ‘mommy Internet’ now. It’s beautiful. It’s aspirational. It’s also miles from what motherhood looks like for many of us — and miles from what the mommy Internet looked like a decade ago.”

I guess I need at least one football article today. Here’s one about Tom Brady’s religion (which, as it happens, is football, or Tom Brady, depending how you look at it).

This interesting map displays “Religious adherents as a percentage of all residents by county, 2010.” Essentially, it maps America by religion.

“The pendulum is swinging against sexual permissiveness, as the reaction against sexual abuse and sexual harassment is now extending to sexualized dating relationships. Next to be targeted may be internet pornography. A British law may spell the end of anonymous free pornography on the internet.”

If Every Past Version of You is an Idiot, There’s an Inescapable Conclusion About the Current You

This is food for thought. “It is not at all uncommon to sit down, consider what you were like a few years ago and think, ‘I was such an idiot’. It is also common for that to become a repeated cycle. Every few years, as you reflect on the kind of person you were or the choices you made, the current you considers your past self and renders them a colossal fool. It seems to be one of those human traits to perceive any past version of you to be stupid.”

Why You Can’t Measure the Value of Homemaking

“Pay is a measure of economic value, not inherent value. If the pay for a given job were determined by its contribution to the common good, then the athlete would likely be the lowest paid in the list above—society can exist without professional sports, though it might not be as fun. The homemaker, some might argue, should be the highest paid because he or she often directly contributes to raising the next generation to serve the common good. On a given day, the janitor might have a more physically demanding day than any of them.”

Josh Buice introduces a new book that may be of interest to you. I contributed one of its chapters. “There is no doubt about it—the New Calvinism is a movement. In 2008, Collin Hansen went on a journey to document this resurgence. What he found was that a younger population was very much interested in the doctrines of grace, and quite honestly disinterested in the shallow pragmatism of evangelicalism as a whole. The movement was first coined, Young, Restless, and Reformed. For quite a while after Hansen’s research, many people within evangelicalism were asking if this was a genuine movement? Today, we are asking an important question about the movement as we want to know if it will be aligned as a genuine reformation or a passing theological fad?”

This of real concern to Ontario’s doctors and reflects a widening trend. “Yesterday the Ontario Divisional Court ruled that Ontario doctors must refer patients for all procedures and drugs, including abortion and assisted suicide, even if they conscientiously object. The Court held that ‘equitable access’ to health care services is of ‘sufficient importance to warrant overriding’ the right of religious freedom.” In other words, doctors must refer patients who wish abortion or assisted suicide. Conscience has no bearing.

Flashback: The Simple Beauty of “By God’s Grace” 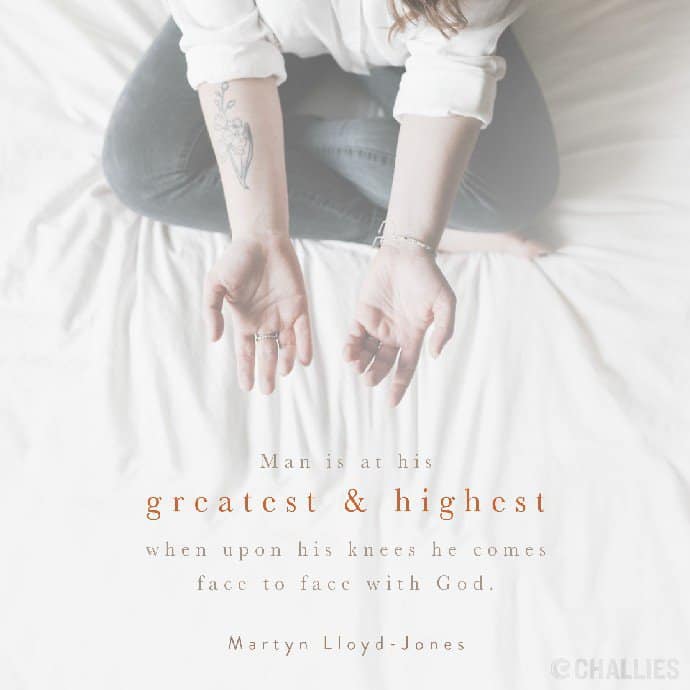 Man is at his greatest and highest when upon his knees he comes face to face with God. —Martyn Lloyd-Jones