May God bless you as you serve and worship him this weekend.

My thanks goes to Ligonier Ministries for sponsoring the blog this week with news of The Reformation Study Bible, Student Edition.

Today’s Kindle deals include some classics (plus whatever I dig up in the morning).

(Yesterday on the blog: Friendship and the Grace of God)

A Kernel Of Wheat In The Ground

This is such a neat story. “Back in 1921, a missionary couple named David and Svea Flood went with their two-year-old son from Sweden to the heart of Africa, to what was then called the Belgian Congo. They met up with another young Scandinavian couple, the Ericksons, and the four of them sought God for direction. In those days of much tenderness, devotion and sacrifice, they felt led by the Lord to go out from the main mission station and take the gospel to a remote area.”

Self-Care is What We Do to Heal from the Internet

Samuel James looks at some self-care tips and asks, “How does a list of very ordinary human activities go from obvious and unspoken, to vital expressions of self-care? Here’s one hypothesis: Most self-care techniques are simply routine activities that most people did before they gave that time to being online.”

The danger is the good times

Flashback: We Don’t Sing for Fun

…singing is not prescribed for Christian worship for the purpose of fun. It actually serves a far higher purpose as a means through which we bring mutual encouragement by recounting common truths together. 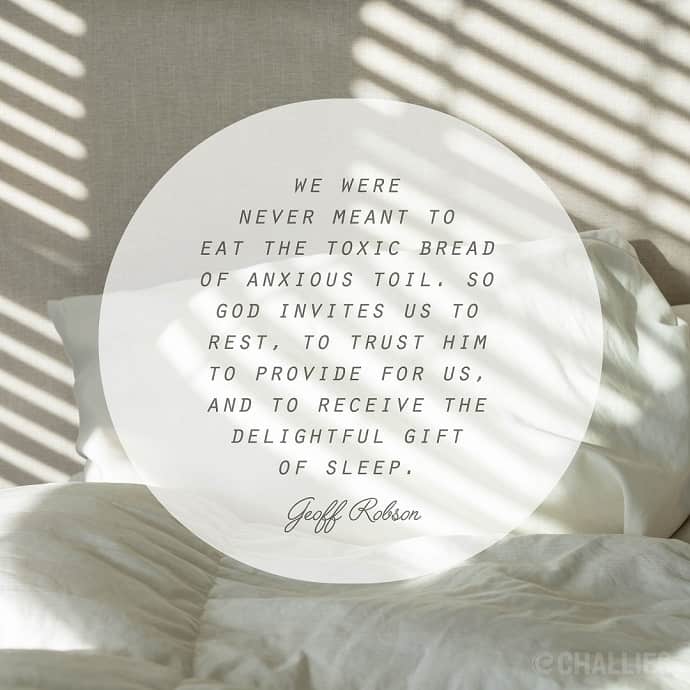 We were never meant to eat the toxic bread of anxious toil. So God invites us to rest, to trust him to provide for us, and to receive the delightful gift of sleep. —Geoff Robson