I hope and pray you have a wonderful, restful, worshipful weekend.

There are some new Kindle deals today.

(Yesterday on the blog: On Worship)

There are, of course, lots of articles about the big news from the Supreme Court yesterday. Here are a few recommendations:

“Every once in a while, you witness something that captures in a single snapshot an entire way of thinking. In just a few brief moments, a whole world of assumptions and beliefs is laid bare. The curtain is pulled back, and the heart of a matter is exposed.” This is so true.

Glenna Marshall writes about the common misunderstanding that sanctification is a matter of pulling ourselves up by our own bootstraps.

FAQ: Has Jesus Taken Away Satan’s Power—or Not?

“The Bible says that Satan is ‘bound,’ but it also says he’s ‘a roaring lion’ who wants to destroy people. Can both be true? How should we understand Satan’s power in the world today?” That’s a good question, isn’t it?

The Binding of Satan

In a somewhat similar and slightly more scholarly vein, here is Kim Riddelbarger on the binding of Satan. “The binding of Satan as depicted in this passage raises several obvious questions, especially in light of the on-going debate between amillennarians and premillennarians about the timing and character of the millennial age.”

Is this world a sinking ship, or is there still hope for its future?

What will happen to this sinful, corrupted world when Jesus Christ returns? Will He come to bring destruction or renewal? From a Ligonier event, Michael Reeves brings clarity on the new heavens and new earth.

We are forced to look at our paltry list of accomplishments, to concede our lack of skills, to admit our increasing weariness, to acknowledge our decreasing strength, and to face the fact that we won’t do nearly what we thought we would do. 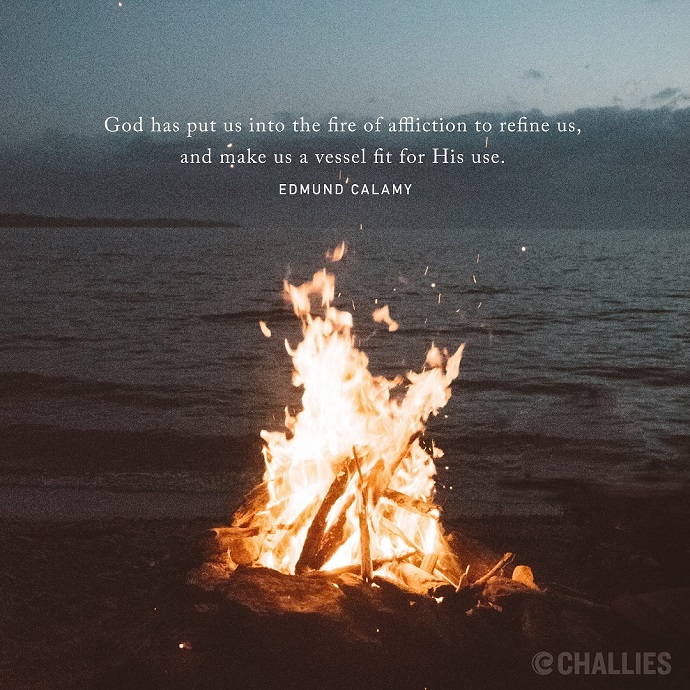 God has put us into the fire of affliction to refine us, and make us a vessel fit for His use. —Edmund Calamy